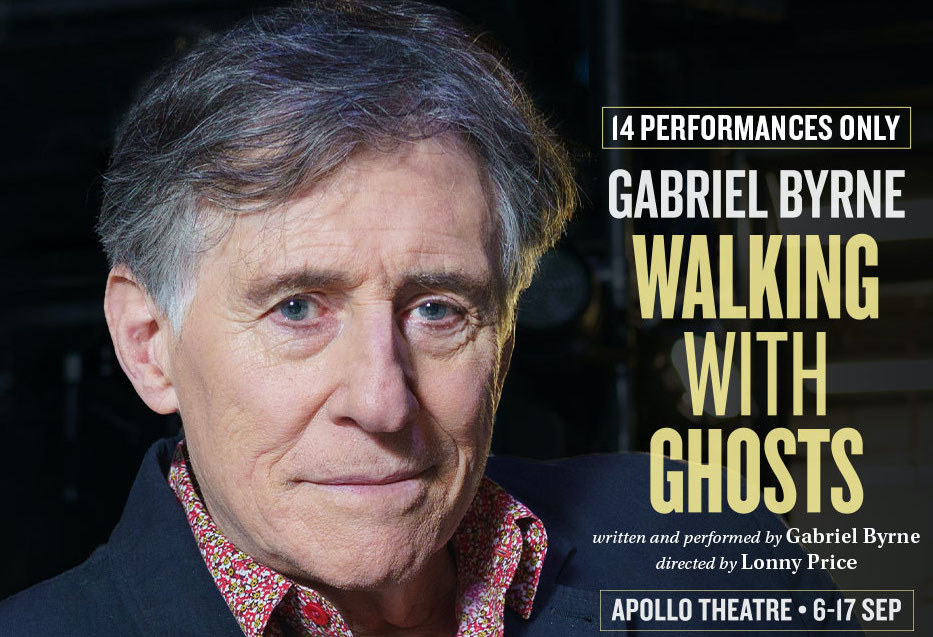 Gabriel Byrne on stage. In his own words.

Following a sold out run in Dublin, Gabriel Byrne makes his West End debut in an acclaimed solo show adapted from his best-selling memoir, and directed by three-time Emmy award-winner Lonny Price.

★★★★ ‘One of Ireland’s finest performers. A master of his craft’ Sunday Times

Moving between childhood memories of an Ireland that has almost vanished, to a commentary on Hollywood and Broadway stardom, Walking with Ghosts is by turns hilarious and heartbreaking, and a lyrical homage to the people and landscapes that ultimately shape our destinies.