The Drive In Comedy Club 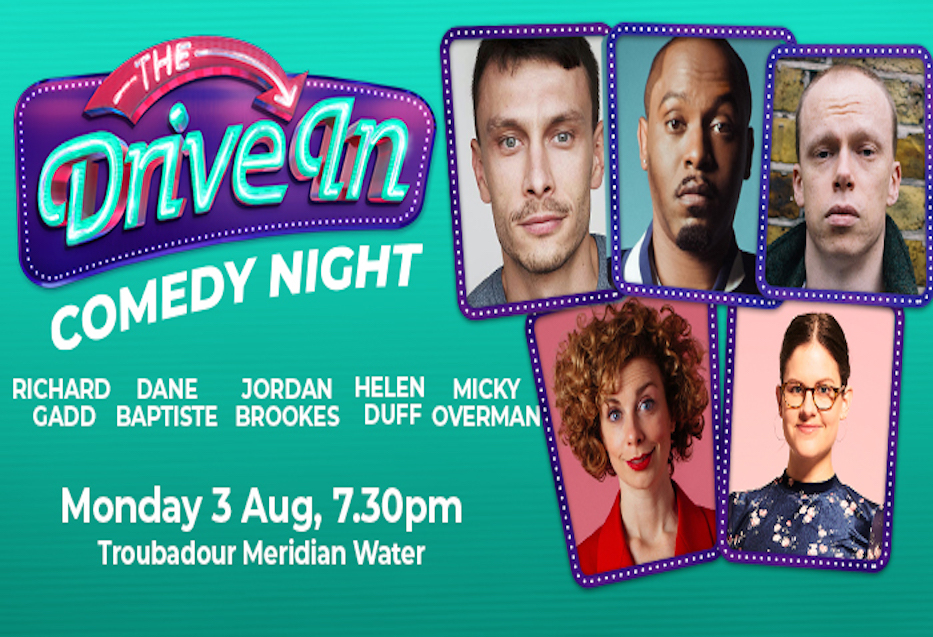 Dane Baptiste is hailed as one of the most exciting, original and provocative acts to break in years. The London born stand up made comedy history in 2014 as the first black British act to be nominated for an Edinburgh Comedy Award. Since then he has appeared on numerous TV and radio shows, hosted his own podcast, and created and starred in his own sitcom SunnyD (BBC). His highly-anticipated tour The Chocolate Chip resumes in spring 2021.

Jordan won the prestigious Edinburgh Comedy Award for Best Comedy Show at the 2019 Edinburgh Fringe with his hit show I’ve Got Nothing. He was also nominated for the same award in 2017 and won the Chortle Comedian’s Comedian Award in 2018.

Richard won the prestigious Edinburgh Comedy Award for Best Comedy Show at the 2016 Edinburgh Fringe with his hit show Monkey See, Monkey Do. The show was also nominated for a Total Theatre Award for Innovation and later that year, he also won a Chortle Comedian’s Comedian Award and was nominated for an Off West End Theatre Award for Best Performer. He is also a successful actor and writer, starring opposite Daniel Mays in the BAFTA-nominated BBC2 single drama Against the Law and writing episodes of Netflix smash hit Sex Education, as well as Ultimate Worrier for Dave and The Last Leg for Channel 4 where he is also one of their correspondents.

Micky is one of the most promising and exciting acts to hit the circuit in years. A bedrock of surgically sharp writing combined with a cool and confident delivery make her an exceptional comedian. Her material moves quickly from devastating honesty, to brutal whimsy, to on-point social observations. She already has the aura of a comic well beyond her years.

Line up is subject to change