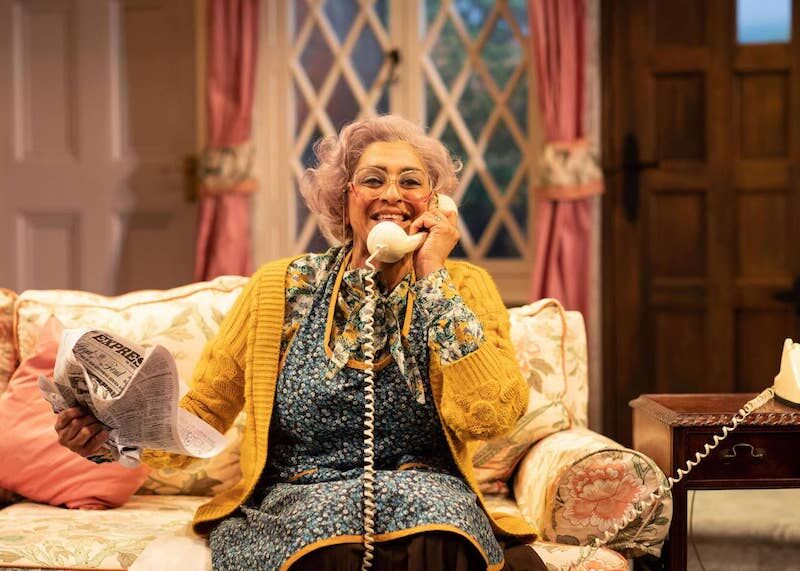 With technical brilliance and split-second timing, it takes us behind the scenes with a company of actors in a hilarious and heartfelt tribute to the unpredictability of life in the theatre. Hailed as one of the funniest plays of all time, the Olivier Award-winning Noises Off originally premiered at the Lyric Hammersmith in 1982 and instantly became a timeless British comedy.

★★★★★ "It is quite simply a masterpiece." WhatsOnStage

★★★★ "These times call for laughter - and this delivers." Sunday Times

In an exuberant new production by Jeremy Herrin (All My Sons, Wolf Hall, This House), Noises Off arrives at the Garrick Theatre starring Meera Syal, Lloyd Owen, Daniel Rigby and Simon Rouse for a strictly limited run.