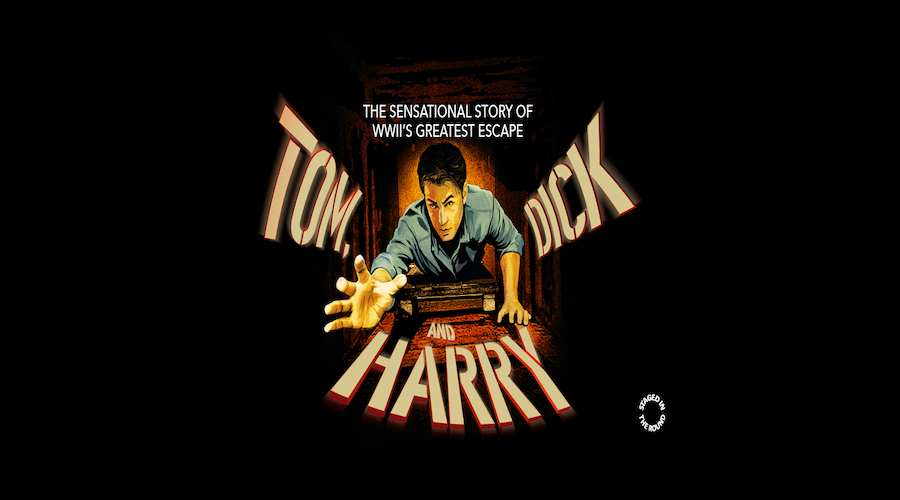 ‘An ingenious take on the Great Escape’ The Times

This London premiere of the story made famous by the 1963 movie starring Steve McQueen, is to be staged in the round at the historic Alexandra Palace Theatre, which was itself a prisoner of war camp between 1914-1919.

Based on the true story behind the escape from the infamous Stalag Luft III prisoner of war camp, Tom, Dick and Harry (the names of the three escape tunnels of course!) will debunk the myths, honour the people involved, and tell the true story of one of the most daring escape attempts in World War II history.

With acrobatics, rousing music, and a script inspired by top secret information that was classified in the war archives until 1972, this is a funny, touching and truly inspiring story.

Co-written by Andrew Pollard, Michael Hugo and Theresa Heskins and brought to the stage by the producer of the worldwide smash-hits The Play That Goes Wrong and SIX the Musical, book now for this extraordinary theatrical adventure.