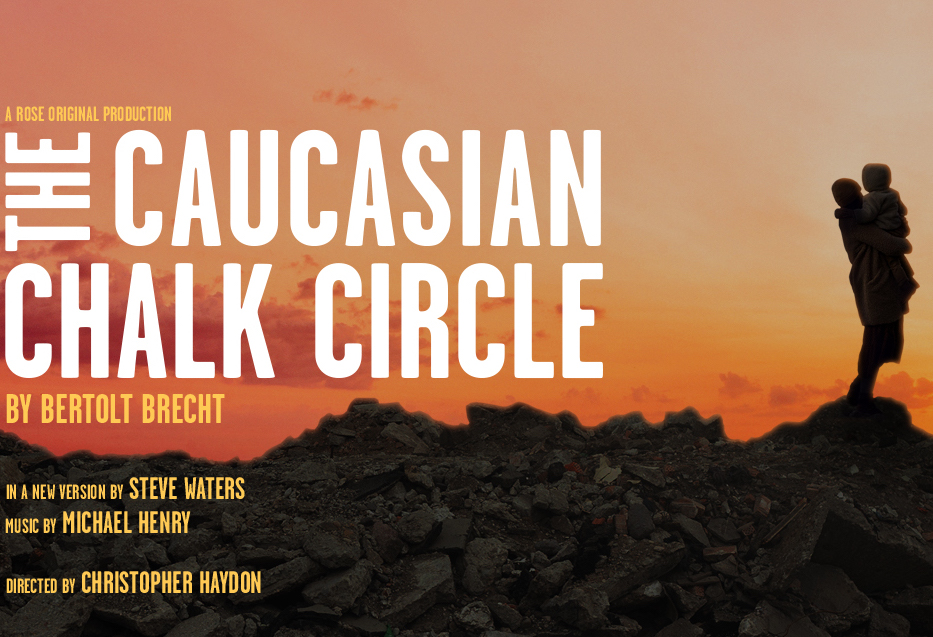 In this new version by Steve Waters (Limehouse, Donmar Warehouse), an epic and entertaining tale about justice and humanity is propelled into the present with original songs by Michael Henry (Barber Shop Chronicles, National Theatre) and a cast featuring Carrie Hope Fletcher as Grusha Vashnadze.

A thrilling and romantic adventure, The Caucasian Chalk Circle is a story of hope emerging in a time of chaos. In the midst of a bloody revolution, a young woman risks all to raise the abandoned child of the Governor and his wife. Years later, when the Governor’s wife returns seeking her son, a rogue judge turns justice on its head. Can the test of the chalk circle determine which of the two women is the boy’s true mother?

This production, developed in association with MGC, is directed by the Rose's Artistic Director Christopher Haydon and is the first major London production of Brecht’s tragicomic masterpiece for 25 years.