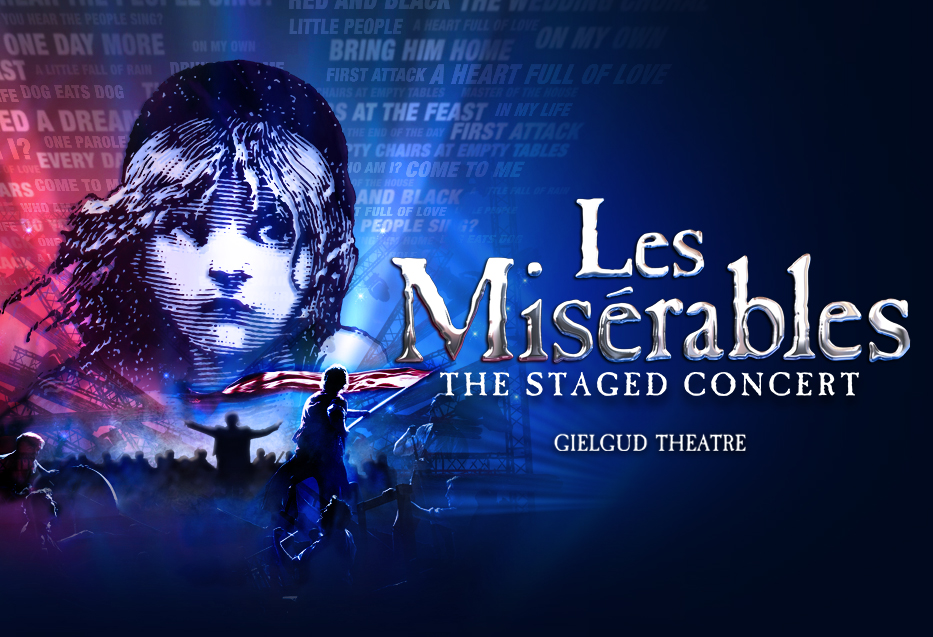 For 16 weeks only, Cameron Mackintosh's production of Boublil and Schönberg's Les Misérables will star Michael Ball as Javert, Alfie Boe as Jean Valjean, Carrie Hope Fletcher as Fantine, Matt Lucas as Thénardier, Rob Houchen as Marius, Bradley Jaden as Enjolras, Katy Secombe as Madame Thénardier and, for three performances a week, John Owen-Jones, in a spectacular and intimate staging of the legendary concert previously seen in London at the Royal Albert Hall and The O2.

With a cast and orchestra of over 65, the production will run for a limited season to 30th November 2019 at the Gielgud Theatre. The acclaimed new production of Les Misérables will re-open at the newly named Sondheim Theatre on 18th December 2019.

Les Misérables’ much-celebrated score includes the songs I Dreamed a Dream, On My Own, Stars, Bring Him Home, Do You Hear the People Sing?, One Day More, Empty Chairs at Empty Tables and Master Of The House.