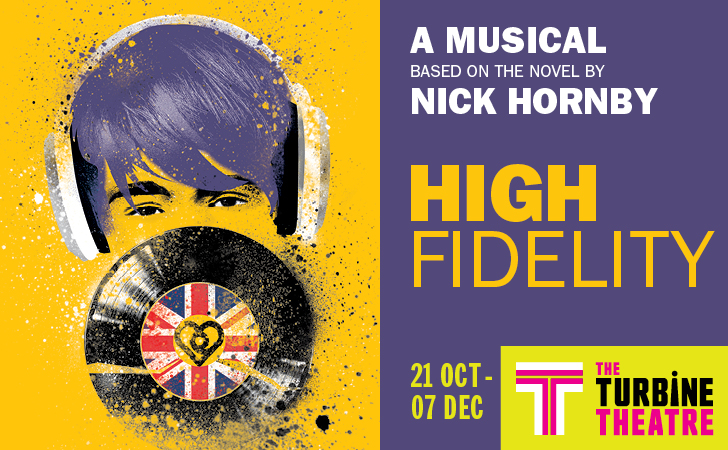 Don't miss the London Premiere of the irresistible new musical comedy High Fidelity, based on the British novel by Nick Hornby (About A Boy), at the Turbine Theatre.

Rob is the thirty-something owner of a London record shop who’s mastered the art of finding rare vinyl and losing girlfriends. Laura just dumped him, and Rob is totally moving on. Hopefully. Well, there’s a chance it could still work out! Could Laura actually be “the one?” Might this turn out to be one of the Top 5 Most Romantic Comebacks Ever?!

While the acclaimed film adaptation of High Fidelity relocated Hornby’s story to Chicago, this new production of the musical will set it back home in London, with an adapted book by Pulitzer Prize-winner David Lindsay-Abaire (Rabbit Hole), music by Pulitzer Prize-winner Tom Kitt (Next to Normal) and lyrics by Tony Award nominee Amanda Green (Bring It On).