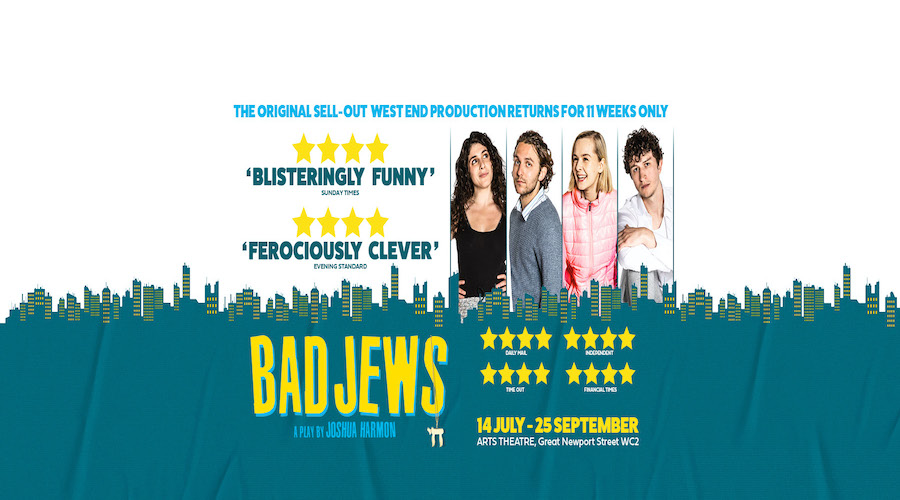 Set over one night in a Manhattan apartment, a family’s younger generation battles it out to decide who is the most deserving of a precious heirloom passed down from their beloved grandfather. Would it be the bossy, overbearing and fanatical Daphna, her wealthy cousin Liam, his non-Jewish girlfriend Melody, or Jonah, who would prefer not to get involved?

Bad Jews premiered in New York in 2012 before having two sold out West End engagements. Now the “shockingly good” (Independent) original West-End production returns to the Arts Theatre for a strictly limited 11 weeks.