Helen, along with 67 million other people, is in lockdown. Unfortunately Helen’s nearest neighbour, Mrs Delgado, is not 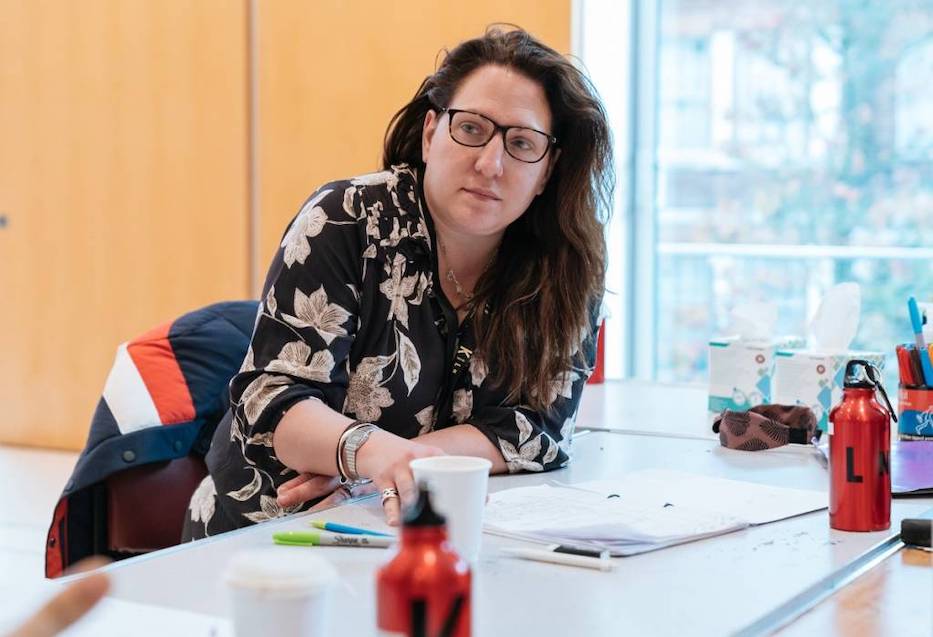 The Old Fire Station, a pioneering partnership between a professional arts centre and homeless charity Crisis, today announces the world première of Mike Bartlett’s Mrs Delgado, the company’s fifth original Christmas production. The production is directed by Clare Lizzimore, continuing the long-standing collaboration with Bartlett following the critically-acclaimed Snowflake, which premièred at the Old Fire Station, and Olivier Award-winning, Bull. Performed by Rakhee Sharma (Helen), the production opens on 10 December, with previews from 6 December, and runs until 21 December. It will also be livestreamed on 11 and 14 December.

Mike Bartlett said today, “It’s great to be back at the Old Fire Station, making theatre about the current moment. Mrs Delgado touches on those experiences we’ve all had over the last 18 months, exploring how easy it can be to feel alone, and what our connections and responsibilities are to each other. Indeed community is at the heart of all good theatre, and I’m excited to be working once again with an arts centre which puts its community first in everything it does.”

Clare Lizzimore is an award-winning writer and director. Mrs Delgado is her third collaboration with playwright Mike Bartlett, following Snowflake (Old Fire Station, Kiln Theatre) and Bull (Young Vic, Sheffield Theatres and 59E59 New York), which won the Olivier Award for Outstanding Achievement in an Affiliate Theatre. She has also won a Channel 4 Theatre Directors Award (Formally the RTYDS Award) and Arts Foundation Theatre Directing Fellowship; and she was previously resident director at Citizens Theatre, Glasgow and staff director at the National Theatre. Her other directing credits include One Day When We Were Young (Paines Plough/Sheffield Theatres/Shoreditch Town Hall), Lay Down Your Cross, On the Rocks (Hampstead Theatre), Pieces of Vincent (Arcola Theatre), Faces In The Crowd, The Mother (Royal Court Theatre), Fear and Misery, War and Peace (Royal Court Theatre/Latitude), The Most Humane Way To Kill a Lobster (Theatre503), and Tom Fool (Glasgow Citizens/Bush).