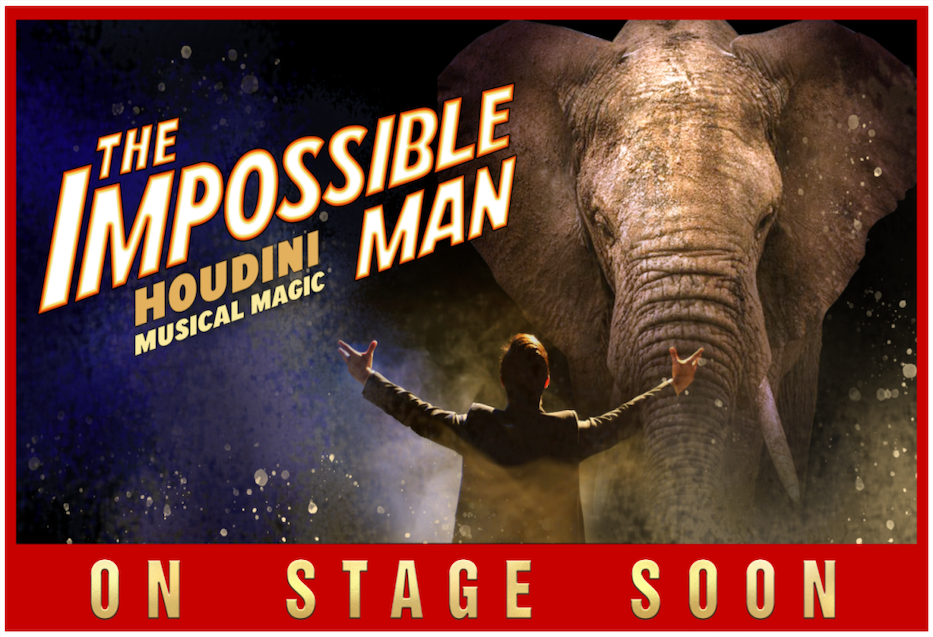 Producer Karl Sydow (The Last Ship, Dance of Death, Red Joan) and Director Federico Bellone (Disney and Cameron Mackintosh's Mary Poppins in Milan, new production of Dirty Dancing and upcoming revival of Sugar both in the West End) announce the development of a brand new musical, The Impossible Man, based on the true story of illusionist and stunt showman, Harry Houdini.

Following successful readings and recording sessions in London, the show will see workshops from 2020, with full scale previews planned for Detroit (location of Houdini’s last stunt) the year afterwards and sights on Broadway and the West End.

Bringing together an international creative team, The Impossible Man will feature over twenty big stage illusions, many of which have never been presented before on a stage or screen, and a musical theatre score influenced by the Hungarian folk music of Houdini’s birthplace.

Budapest-born Houdini moved to America as a child where, from a young age, he would marvel audiences; first as a trapeze artist before making a name for himself in the US and on European tours as an escapologist and stunt daredevil. The Impossible Man is set during the last show of the great magician’s life in the autumn of 1926 and through a series of flashbacks, we experience his life, loves and rise to fame.