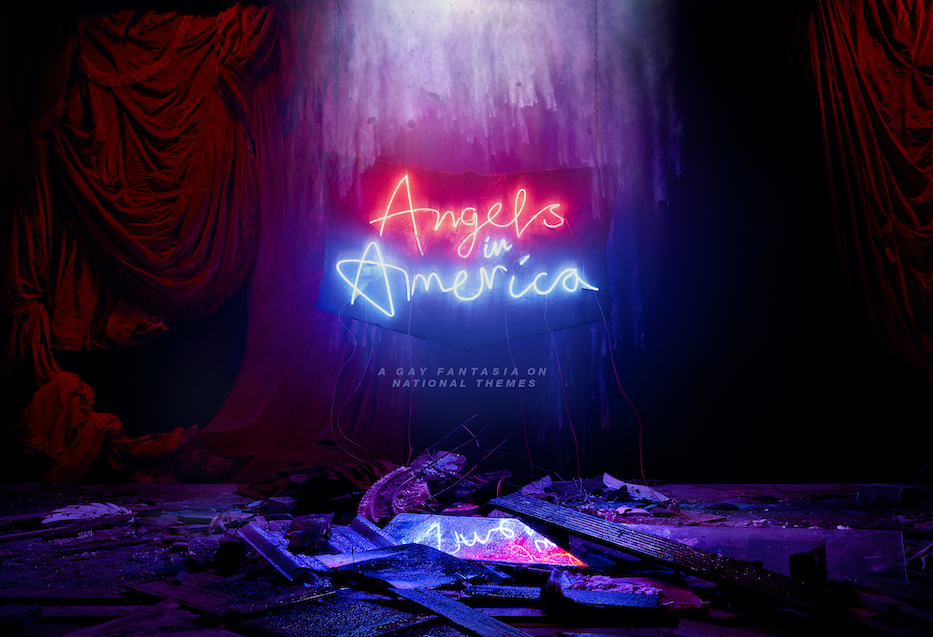 The two-part play is set in America in the mid-1980s in the midst of the AIDS crisis and a conservative Reagan administration, as New Yorkers grapple with life and death, love and sex, heaven and hell. Following a sold-out run in the Lyttelton theatre in 2017, the production transferred to Broadway for a sold-out 18 week run in 2018. The production won numerous awards including Best Revival at the Olivier and Tony Awards in 2018.

Also launching on the platform today is Polly Findlay’s 2012 thrilling contemporary staging of Antigone, with a cast including Christopher Eccleston (Thor, The A Word, Doctor Who) and Jodie Whittaker (Doctor Who, Broadchurch), and National Theatre Director Rufus Norris’ 2014 production of Behind the Beautiful Forevers, written by David Hare and based on the book by Katherine Boo, with a cast including Meera Syal (The Split).

Rufus Norris, National Theatre Director, said: “Angels in America is one of those productions that stays with you always - a seminal piece of theatre that has a lasting impact. It’s a true honour to be able to bring Marianne Elliott’s remarkable, compelling production of Tony Kushner’s masterpiece to audiences around the world through National Theatre at Home. After sold-out runs at the NT and on Broadway, I’m delighted global audiences will finally get the chance to experience the astonishing performances of the original cast on the Lyttelton stage. I’m really pleased that this month also sees my 2014 production of David Hare’s Behind the Beautiful Forevers available on the platform, with the inimitable Meera Syal and a fantastic ensemble bringing to life Katherine Boo’s non-fiction story of a community in a Mumbai slum. And Jodie Whittaker and Christopher Eccleston in a modern-day Antigone – Polly Findlay’s electrifying 2012 production in the Olivier. In a continued period of isolation for so many people and while we’re unable to open our theatres, we hope National Theatre at Home can bring people together to collectively enjoy theatre from home.”

National Theatre at Home now has 16 productions to stream on the platform available at any time, including Medea with Helen McCrory and Michaela Coel, Mosquitoes with Olivia Colman and Olivia Williams, Phèdre with Helen Mirren and Dominic Cooper, the Young Vic’s Yerma with Billie Piper and Othello with Adrian Lester and Rory Kinnear.