An epic story of life, death, and everything in between, Mandala Theatre are taking MAD(E) on tour from January – March 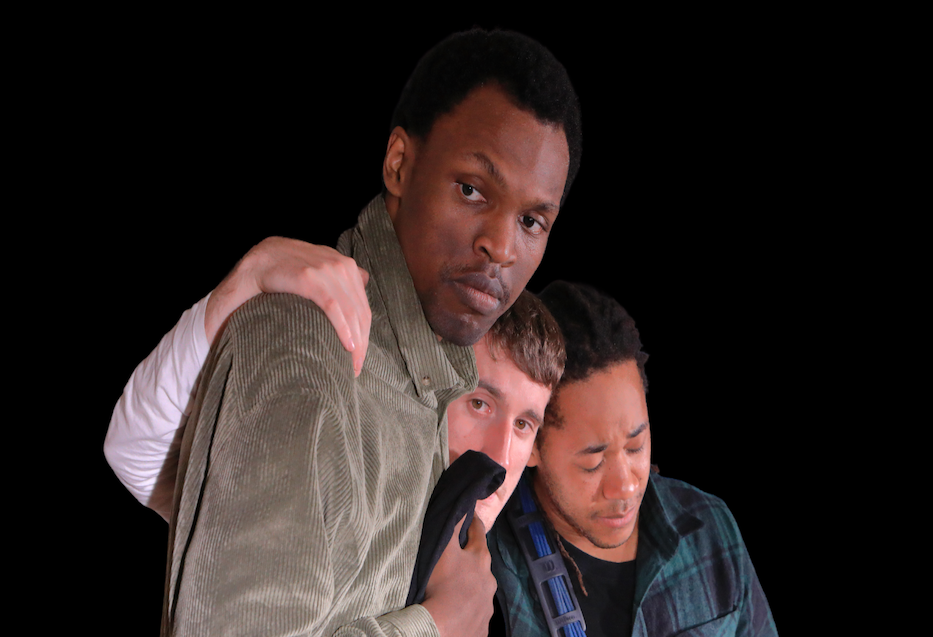 A tale of three boys existing within hostile environments, this hard-hitting production explores the individual journeys as each attempts to heal their broken minds with the help of a mythical shapeshifter. Developed with input from boys and young men from around the country, MAD(E) utilises physical theatre, comic chorus and poetry, in a passionate, exhilarating and uniquely theatrical commentary on masculinity and young men’s mental health. We are all made – not mad.

Written by Sean Burn (Next Swan Down the River Might be Black, UK tour; collector of tears, Aurora Metro) and directed by Yasmin Sidhwa (Though this be Madness, UK tour; Castaways, UK tour) this production has been co-created with boys and young men nationally through investigative workshops, delicately drawing from their lived experiences of mental distress. MAD(E) explores wounded communities where there is the need for reconciliation and restorative justice, examining themes of apology and restoration.

Carrying their worlds in an urn, a bivvy bag, and soil from the Motherland, Mandala Theatre Company depicts three stories from different cultures, played by Max McMillan Ngwenya, Nelvin Kiratu and Lex Stephenson, all living lives dodging a system that engulfs and traumatises them. When they are confronted with Beira – a mythical female shapeshifter portrayed by Clarisse Zamba – the play delves into the intricacies of their mental trauma and ways of dealing with wounds that make post-trauma growth possible.

Director of MAD(E) Yasmin Sidhwa says, It is a serious crisis – young people with special educational needs or mental health issues, or ethnically diverse backgrounds or low-income backgrounds are especially vulnerable. Yet their voices are never heard. This play gives them a voice. We hope MAD(E) will move people and inspire them to ask why it is that in 2022 suicide rates for 15–19-year-olds are the highest they have been in 30 years. They are statistics which tell us that something must be done.

Writer Sean Burn says, The idea of the play is the word made, not mad - it’s life, it’s stuff, events, it’s wounds, it’s trauma, poverty, it might be violence. Rather than putting up barriers, it’s finding connection. I think if lads cried more, everyone would be healthier.