Smash-hit romantic comedy based on the songs of ABBA, MAMMA MIA! Here We Go Again, becomes available for UK and Ireland users for the very first time from Friday 26th June 2020. 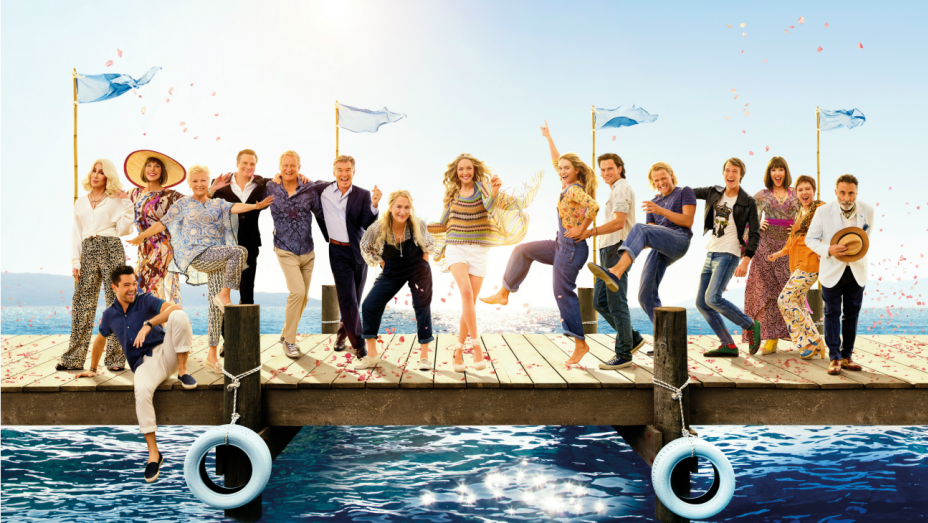 Having been stuck indoors on lockdown, binge-watching feel-good favourites and box-sets in a bid to keep ourselves occupied, Netflix have now confirmed that you can have the time of your life and escape to Greece in the comfort of your own home when the smash-hit romantic comedy based on the songs of ABBA, MAMMA MIA! Here We Go Again, becomes available for UK and Ireland users for the very first time from Friday 26th June 2020.

Ten years after MAMMA MIA! The Movie, MAMMA MIA! HERE WE GO AGAIN invites you to return to the magical Greek island of Kalokairi to continue the story’s emotional journey of family and friendship whilst discovering just how those life-changing relationships were formed and includes hit songs such as When I Kissed The Teacher, Why Did It Have to Be Me, Fernando and Dancing Queen.

Both a prequel and a sequel, the most successful live musical film sequel of all time, tells two stories: present day as Sophie Sheridan (Seyfried) prepares for the grand reopening of her mother Donna’s (Streep) hotel and 1979 when young Donna (James) first arrives on the island. Sophie learns about her mother’s exciting, fun-filled adventures with the young Dynamos, Tanya (Jessica Keenan-Wynn) and Rosie (Alexa Davies), and how young Donna first met her three possible dads Harry (Hugh Skinner), Bill (Josh Dylan) and Sam (Jeremy Irvine) all those years ago.

MAMMA MIA! HERE WE GO AGAIN is filled with summer fun, joy and romance that allows audiences to tap into their inner dancing queens – now on Netflix from 26th June - in your own living rooms.