At the Actor's Church from Thursday 27 - Saturday 29 May 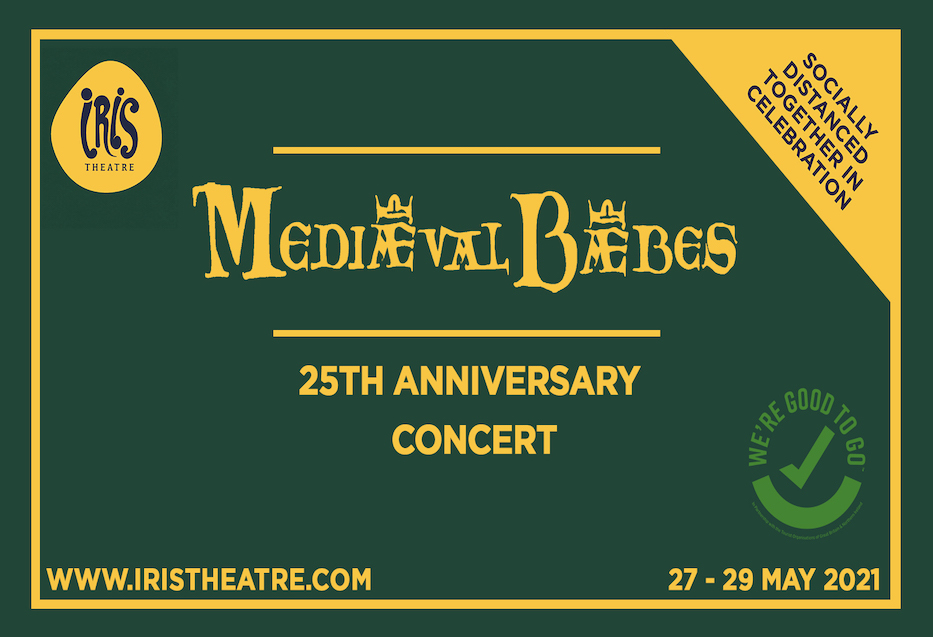 With lush, ethereal harmonies, the classical chart-topping choir weaves its story-telling magic, performing songs from their new album, the extraordinary Prayers of the Rosary, andthe uplifting hit title theme for TV’s Victoria, alongside traditional folk songs, and innovative settings of ancient and romantic poetry from their acclaimed 25 year back catalogue.

Katharine Blake, founder of Mediaeval Baebes, today said, “25 years ago when a group of friends got together to sing so­me mediaeval music for fun, we could nev­er have predicted the epic journey that the band was setting out on. Many incarn­ations and 10 studio albums later, we are so thrilled to be celebrating our silv­er jubilee, and to once again perform to a live audience.”

Paul-Ryan Carberry, Artistic Director of Iris Theatre, also commented, “We are really excited to be hosting the 25th Anniversary Concert of the fantastic Mediaeval Baebes. We're sure that audiences are in for a real treat when we welcome them back through our doors in May for what will be a spectacular evening of performances.”

Mediaeval Baebes was formed in May 1996 by Katharine Blake. The unique and class­ical chart topping choir Mediæval Bæbes mark their 25th Anni­versary this May. Over the years, the group have released 10 stu­dio albums, won an Ivor Novella Award for their performance on the BBC serializa­tion The Virgin Que­en, and received two Emmy nominations and a Royal Television Soc­iety award as the fe­atured artist alongs­ide composer Martin Phipps for the theme tune of IT­V’s hit TV show Vic­toria.