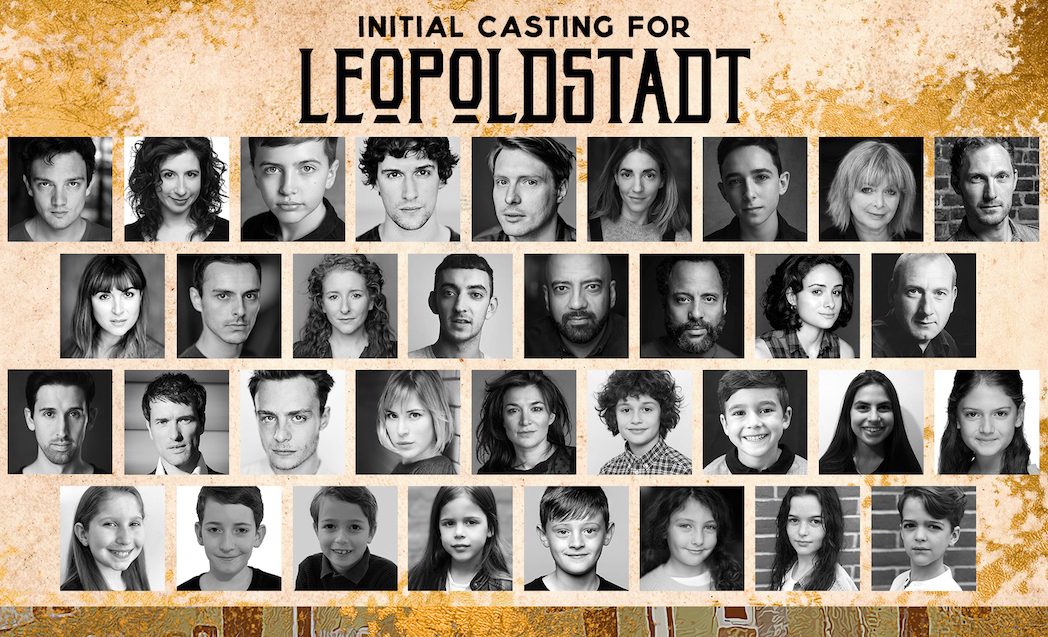 Further adult and children’s casting will be announced at a later date.

Sonia Friedman said: “We are thrilled to announce initial casting for Leopoldstadt, the remarkable new play from one of the world’s greatest living playwrights. Our company of 41 actors will come together in Patrick Marber’s production, to tell Tom Stoppard’s powerful and humane story spanning several decades during one of the most turbulent periods in world history. Focussing on endurance, survival, assimilation and resilience, it is a privilege to be producing this potent and timely new work.”