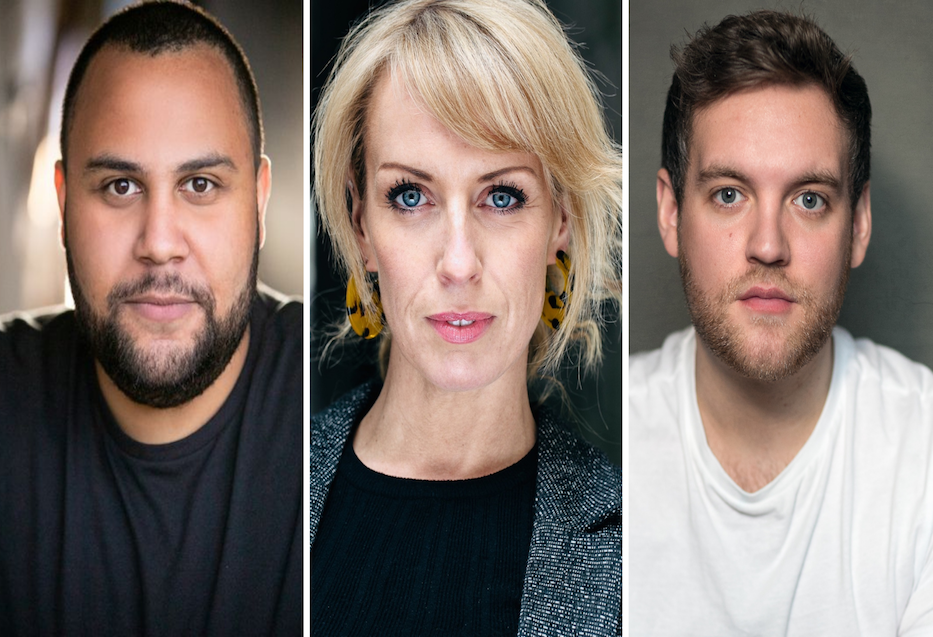 Willow Walk Productions today announce the full cast for new musical St. Anne Comes Home written and composed by Jack Miles, which returns to the Actors’ Church, following a sell-out run this summer. Martha Geelan directs Jordan Castle (James) and Rebecca McKinnis (Bridget) who reprise their roles, and Dan Buckley (Russell) who joins the company. The production runs at the Actors’ Church, as a part of Iris Theatre’s Winter Season, from 8 February until 14 February.

London can be lonely. But on the steps of St. Anne’s Church, two people strike up an unlikely friendship. James has spent years running away from his problems, while Bridget is trapped by hers. Told through original folk music, St. Anne Comes Home is a story about community, fear and forgiveness, that explores how reaching out might help us find our way.

Jack Miles is a writer and composer. His credits include The Problem with Fletcher Mott (Drayton Arms Theatre) and Adeline (Edinburgh Festival Fringe).

Martha Geelan’s credits as a director include Macbeth, The Tempest, Romeo and Juliet, Twelfth Night (UK & international tours), The Psychosocial Gathering, The Librarians (Edinburgh Festival Fringe), Wolf (The Bunker Theatre), Spring Awakening: The Musical, Love and Money (Norwich Theatre), Our New Girl (Park Theatre), Between the Sheets, Potato Salad, When I Wake (Waterloo East Theatre) and As You Might Like It (Rosemary Branch Theatre).