Arthur/Merlin will run from 4 August – 22 August. 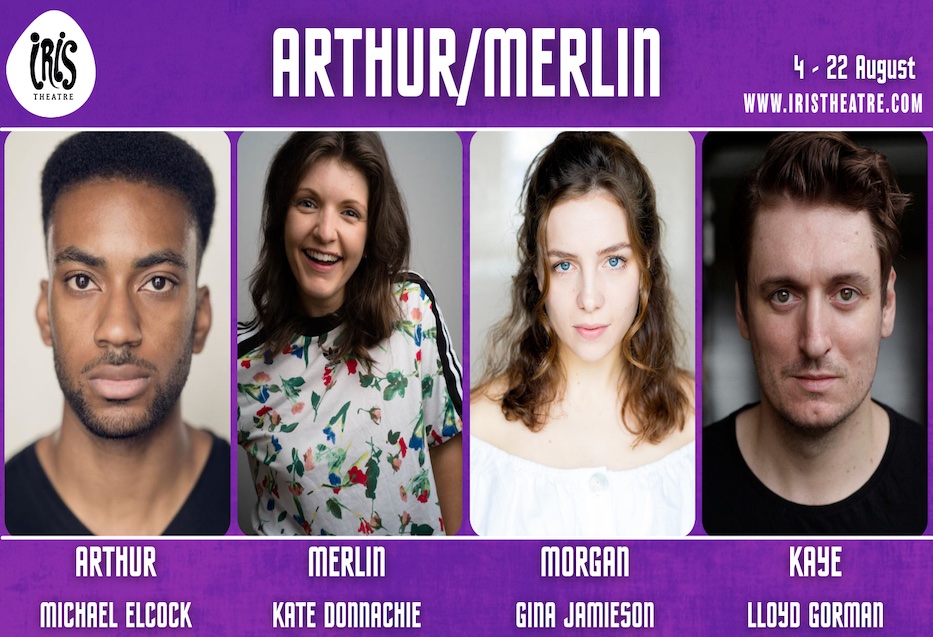 Iris Theatre, led by Artistic Director Paul-Ryan Carberry and based in the Actor’s Church in Covent Garden, today announce the full cast for their upcoming production of Arthur/Merlin as part of their 2021 Summer Festival. The full cast is Michael Elcock, Kate Donnachie, Lloyd Gorman and Gina Jamieson. Writer Reuben Johnson’s new re-imagining of this classic tale will take place outdoors in the beautiful gardens of the Actor’s Church and features spoken word, original songs and is led by a cast of actor-musicians. Arthur/Merlin will run from 4 August – 22 August.

Some use their power for good, some for evil. And some don’t even know they possess it.

Escaping at pace from their childhood home, the young Arthur happens upon an epic Forest. A place filled with strange and wondrous goings on. Encountering Merlin; a word-wielding wizard, their adventure must begin at once. With the future of a divided nation at stake, can these two companions complete their quest and reach their goal?

Kate Donnachie plays Merlin. She is an actor, singer, and beatboxer. She graduated from Italia Conti as a Carlton Hobbs Bursary Award Runner-Up and Alan Bates Award Finalist. She has been a part of the BAC Beatbox Academy since 2014, training and performing at various venues from the Royal Festival Hall to Latitude Festival. Her theatre credits include Return to Elm House (Battersea Arts Centre), Frankenstein: How to Make a Monster (BAC Beatbox Academy), Crongton Knights (Pilot Theatre), Sirens (Zoo Co), 3 Years, 1 Week & a Lemon Drizzle (Ad & Kd Theatre/Edinburgh Festival), Home to Vote (The King’s Head Theatre).

Gina Jamieson plays Morgan Le Fay. She is a nominee of the 2020 TikTok and Evening Standard Future Theatre Fund. Her theatre credits include Quiz Night: The Musical (East of The City Theatre Company/Brighton Fringe), The House Project (The Brighton Laboratory), The Venerable One (New National Theatre Tokyo) and She Stoops to Conquer (Brighton Little Theatre). Her film credits include This Place (LJMU Film Festival) and Younger Sister (Todd Heath Productions).