At Riverside Studios from 17th June 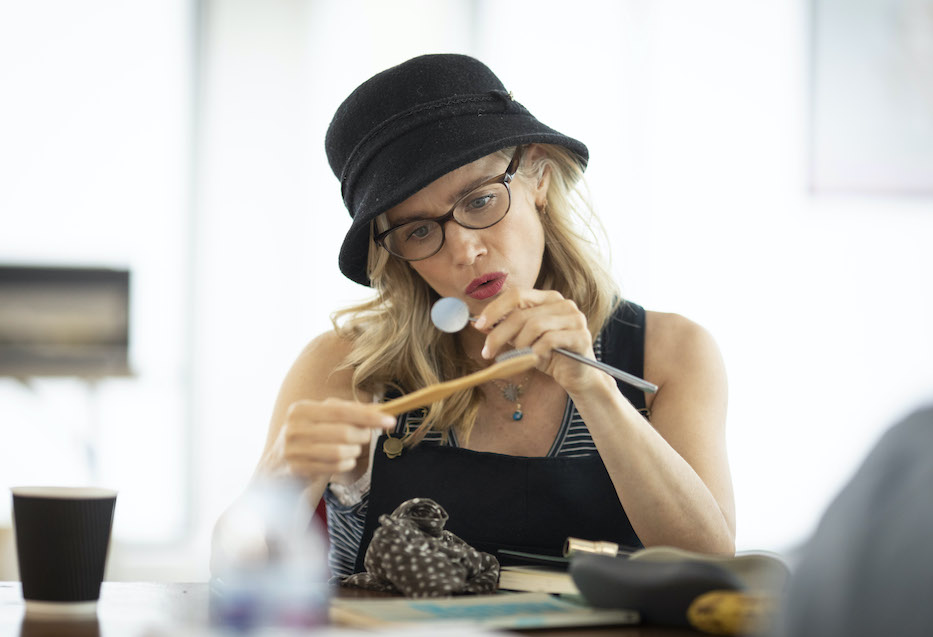 The production opens on 17 June at Riverside Studios, where the playwright rehearsed Endgame in 1980 and Waiting for Godot in 1984, with previews from 11 June, and running until 25 July 2021.

Winnie and her husband Willie are stuck in every sense of the word. Endless days and nights pass by while they struggle on, with only each other for company.

Samuel Beckett’s world-renowned play Happy Days comes to the Riverside Studios in a landmark 60th anniversary production. Brought to you by a multi-award-winning creative team, with direction from Trevor Nunn and starring ‘Beckett interpreter of the first rank’ (Observer) Lisa Dwan as our heroine Winnie, this is a spirited and triumphant revival most pertinent for our unparalleled times.

Winnie takes comfort in the monotony of her existence, passing the time by completing routine tasks, her blithe and buoyant manner allowing her to believe ‘another happy day’ is occurring. But ritual and a sunny disposition can only keep Winnie’s head above the parapet for so long, before the futility of her and Willie’s existence threatens to engulf her completely.

This enduring, potent, and lively tale of existential limbo presents a playful, but poignant look, at human strength and survival amidst the most surreal of circumstances.