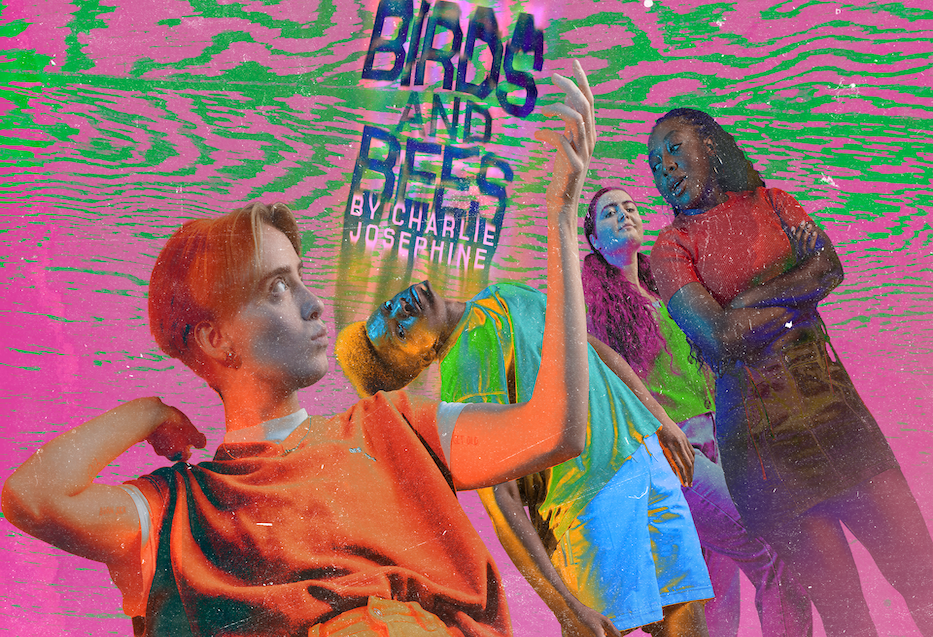 A searing exploration into sex positivity, online safety and intersectionality, Birds and Bees is an enthralling play by renowned writer Charlie Josephine (I, Joan, Shakespeare’s Globe). Having reached over 500 schools across the UK with online performances in 2020, Theatre Centre is proud to present their spring tour of Birds and Bees. Uncovering the failings of the sex education system in schools, this dynamic and poignant production has been developed in collaboration with Sheffield Theatres and will be touring to Sheffield, Scarborough and Plymouth.

One click and it’s gone too far, far too fast. As explicit photos of the school’s ‘it’ couple go viral,real-life consequences of online life start to spread-and so do everyone’s opinions. Leilah can’t help but feel her Instagram is more of a burden than ‘living her best life’. Billy is queer and proud but feels unseen by the education system; they’ve had enough of feeling invisible. Aarron is still in the early stages of learning how to be a man online and it’s starting to become toxic. And Maisy, well Maisy’s not that into sex, thank you very much. Birds and Bees follows the narrative of four school peers as they recognise their differences and engage their own unique power and potential to spark change.

Celebrating 70 years of schools touring, Theatre Centre is a national theatre company that generates daring and reverent work to amplify the voices of young people. Acting as a connector and enabler for local communities, Theatre Centre fosters creativity and aims to incite positive change by commissioning trailblazing new writers and taking their enthralling new works into schools and theatres across the UK. Prioritising access, Theatre Centre works with young people in areas that are excluded and where there is little provision, eliminating economic barriers and uniting artists and young people across the arts.

Director Rob Watt comments, We are super excited to be working with Sheffield Theatres to make Birds and Bees; a show that has been created with young people across the UK. With a magical combination of Charlie Josephine’s rhythmical words, a top-notch creative team and four awesome actors we are thrilled to share this stunning show with schoolsand theatres across the nation. The core of this show digs into how young people have complicated conversations. Conversations around gender, identity, sexuality, power and consent. It asks the question ‘If we can learn to have complex conversations, then how would the world change for the better?