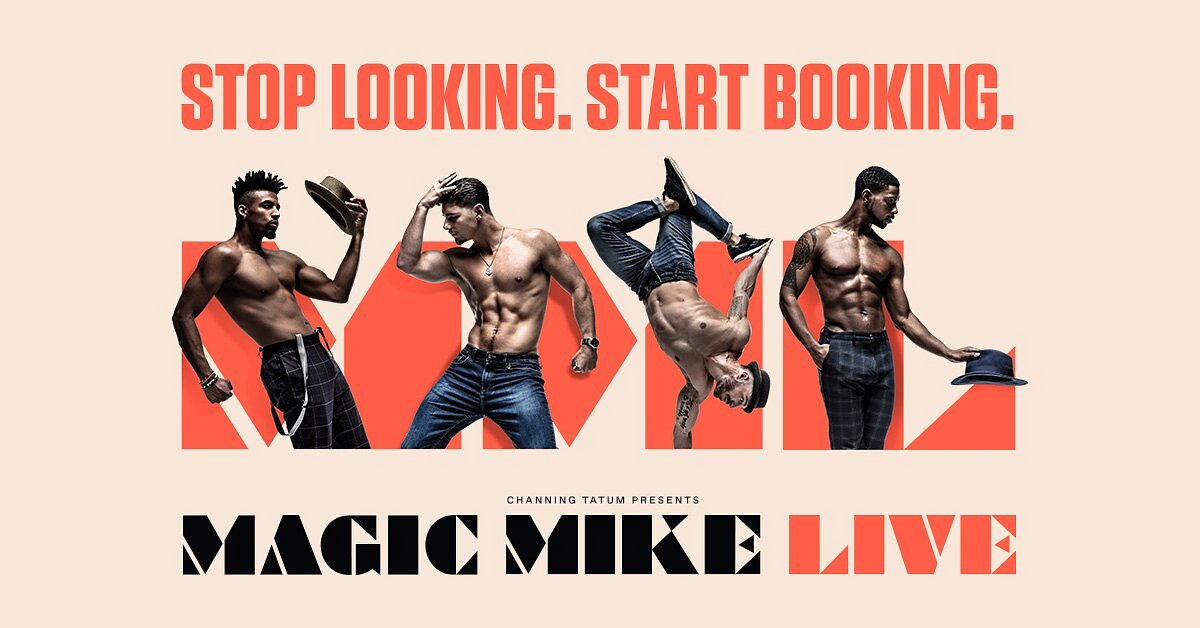 Channing Tatum and his co-producers are delighted to announce a new booking period for Magic Mike Live at The Theatre at the Hippodrome Casino in London. Patrons will be able to book performances through to Sunday 2 July 2023. Tickets for the new booking period are on sale now.

Conceived and co-directed by Channing Tatum, Magic Mike Live, which has already wowed over 300,000 people in London alone and over 1,000,000 worldwide, is a large-scale, live production show based on the hit films Magic Mike and Magic Mike XXL, which opened at The Theatre at the Hippodrome Casino in London’s Leicester Square in November 2018. Magic Mike Live has inspired a new television series on HBO Max, Finding Magic Mike, which aired in the United States earlier this year. Magic Mike’s Last Dance, the third instalment of the Magic Mike franchise, will be released this autumn.

From the bespoke entrance off Cranbourn Street, to the specially curated lounge and bar experience, to the cast of world-class performers, Magic Mike Live is a complete evening of unparalleled entertainment for guests aged 18 and up.  Audience members enter Magic Mike’s mythical club and marvel as a group of extraordinary artists perform a 360-degree dance and acrobatic spectacular in front of, behind, and above them.  Sexy dance routines intertwined with one-of-a-kind acts, are presented by a diverse cast of performers from around the world.

Magic Mike Live has become an international sensation since opening in Las Vegas in April 2017.  In addition to breaking box office records and performing to sold-out audiences in Las Vegas and London, the show premiered in Berlin in 2020 and the Australia national tour opened in Sydney in December 2020.  A multi-year North American touring production of Magic Mike Live will launch in Miami, Florida in October 2022.