Casting announced for The Show Must Go On! LIVE at The Palace Theatre

Following a record breaking on-sale, extra performances and casting has been announced 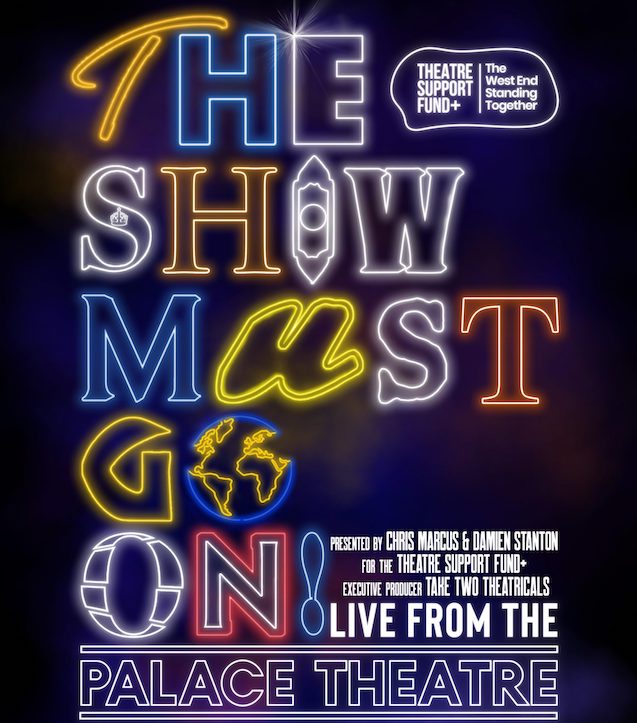 After a record breaking on-sale and due to phenomenal public demand, THE SHOW MUST GO ON! LIVE at the Palace Theatre will play a further two dates and will now run from 11th to the 15th November.

The producers are also thrilled to announce the initial line up and casting for the concert which includes:

The concert will also include a brand-new opening number, written by Stiles & Drewe called ‘The Show must Go On!’ which celebrates the theatre industry in these current times.

The concert will be directed by Luke Sheppard and Anna Fox, Set Design by Soutra Gilmour, Lighting Design by Neil Austin and Howard Hudson, Video Design by Fray Studio, Sound Design by Adam Fisher and Musical Supervisor and Conductor is Stephen Brooker.

Capacity at the Palace Theatre has been reduced to comply with COVID-19 Secure guidelines for social distancing plus robust risk mitigation. In addition to hand sanitation, face coverings and track and trace, other measures will include contactless tickets, temperature testing and the deep clean and sanitation of the theatre.