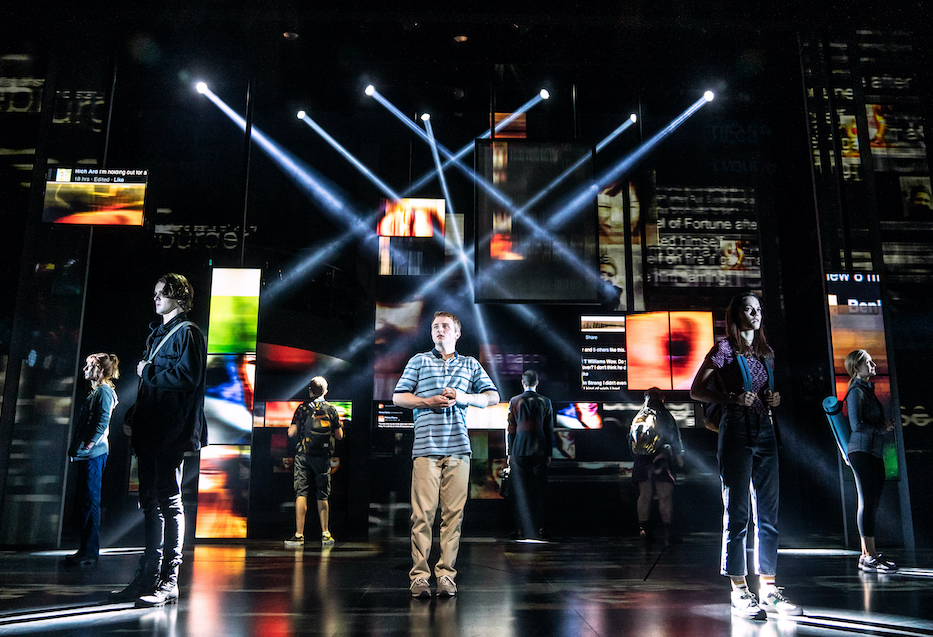 Producer Stacey Mindich is today (20 September 2021) delighted to announce the Olivier award-winning Company returning to Dear Evan Hansen next month.  The London production reopens at the Noël Coward Theatre on 26 October 2021 and is currently booking to 13 February 2022.

Dear Evan Hansen, also the recipient of the 2020 Olivier Award for Best Musical and Best Score, opened at the Noël Coward Theatre to great critical acclaim November 2019.  Prior to lockdown, the show welcomed the Duke and Duchess of Cambridge to a special performance for The Royal Foundation which funds the Heads Together and Heads Up initiatives and the mental-health support service, Shout.  In 2021 the tracks Waving Through a Window and You Will Be Found were included in the top 50 of the BBC Radio 2 Greatest Songs from a Musical, voted for by the public.

Dear Evan Hansen opened on Broadway to rave reviews on 4 December 2016, where it went on to win six 2017 Tony Awards including Best Musical among many other accolades and has broken all box office records at its Broadway home, the Music Box Theater. The show launched its First North American Tour in Denver, Colorado in October 2018 and prior to the shutdown had performed in more than 40 cities across North America playing for more than 1.5 million audience members. The show’s now-iconic blue polo and arm cast are part of the permanent collection of the National Museum of American History in Washington, DC. The Grammy Award-winning Original Broadway Cast Recording produced by Atlantic Records, was released in February 2017, making an extraordinary debut on the Billboard 200 and entering the chart at #8 – the highest charting debut position for an original cast album since 1961 – and went on to win the 2018 Grammy Award for Best Musical Theater Album.  The Broadway production and the US National Tour will resume performances in December 2021.