Cast announced for Doctor Faustus at Southwark Playhouse this autumn

At The Little, Southwark Playhouse, from 1st September – 1st October 2022 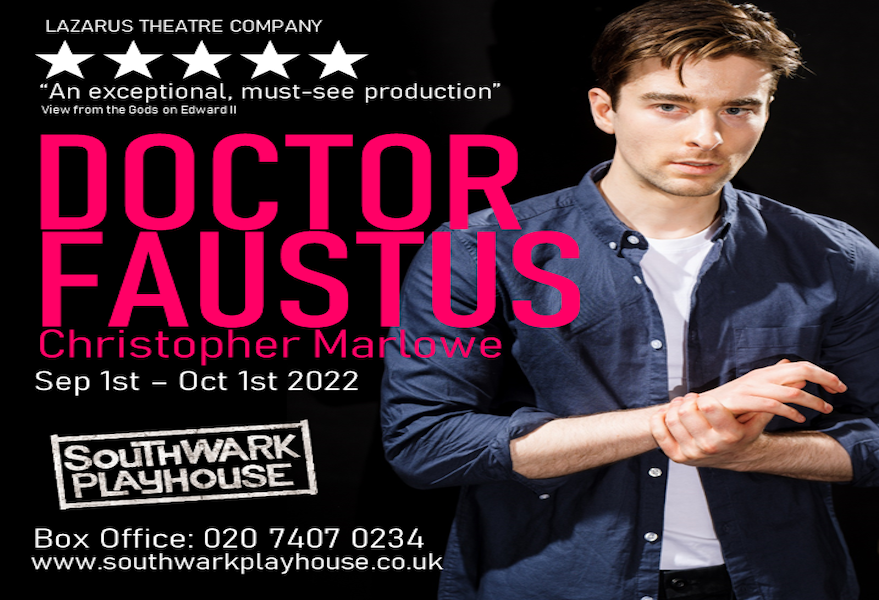 The thrilling ensemble bringing Christopher Marlowe’s tragic masterpiece Doctor Faustus to life at Southwark Playhouse has been announced. Bringing the supernatural to South London this autumn, Lazarus Theatre Company are transforming this classic tale into a multi-sensory theatrical experience. The cast is led by Jamie O’Neill (Salomé, Southwark Playhouse; Macbeth, Greenwich Theatre) as John Faustus, and playing opposite him is David Angland (My Life as A Cowboy, Park Theatre; Lord of the Flies, Greenwich Theatre) as the devil Mephistopheles.

Ricky Dukes, Artistic Director of Lazarus Theatre Company, comments, It’s been a privilege to be back in a room meeting so much talent. We had over 4000 submissions, accepted around 1000 self-tapes and saw over 200 performers in person for just 9 roles. The best bit has been collaborating with applicants (at Lazarus we hold workshop auditions, playing with movement, devising and workshopping the text). Faustus is a busy play, this cast have got to do a bit of everything; they all multi-role, there's singing, movement, object manipulation and of course Marlowe's mighty lines! Delicious!