A Monkey with Cymbals presents The Masks of Aphra Behn, by Claire Louise Amias 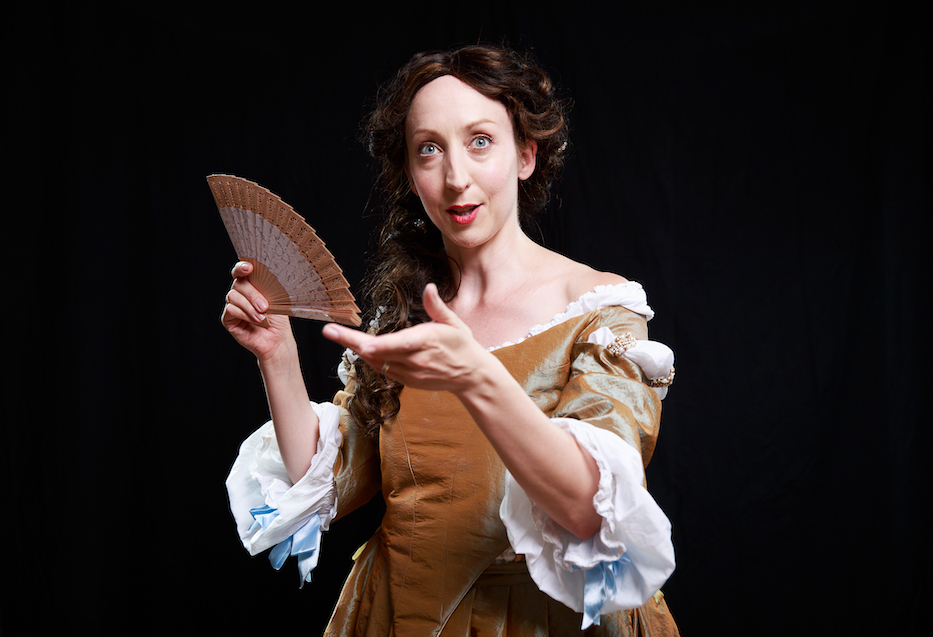 It's 1677 and an audience getting ready to watch Aphra Behn’s The Rover are in for a surprise. For the show has been cancelled and, in its place, Aphra herself recounts the extraordinary tale of her time as a spy for King Charles II in the Dutch Wars, and how she became the first professional female writer.

Complete with excerpts from Behn’s letters, poetry and plays, this vivid and thought-provoking one-woman show brings one of theatre's most brilliant raconteurs back to life.

The A is for Aphra campaign is currently fundraising for a statue of Aphra Behn, attracting attention from the BBC and national press. To aid these efforts we’re bringing back our successful show about Aphra, which premiered at the Women and War Festival prior to going on a national tour, taking in regional theatres and both the Edinburgh and RADA Festivals. The first professional female writer is finally getting her moment in the spotlight.