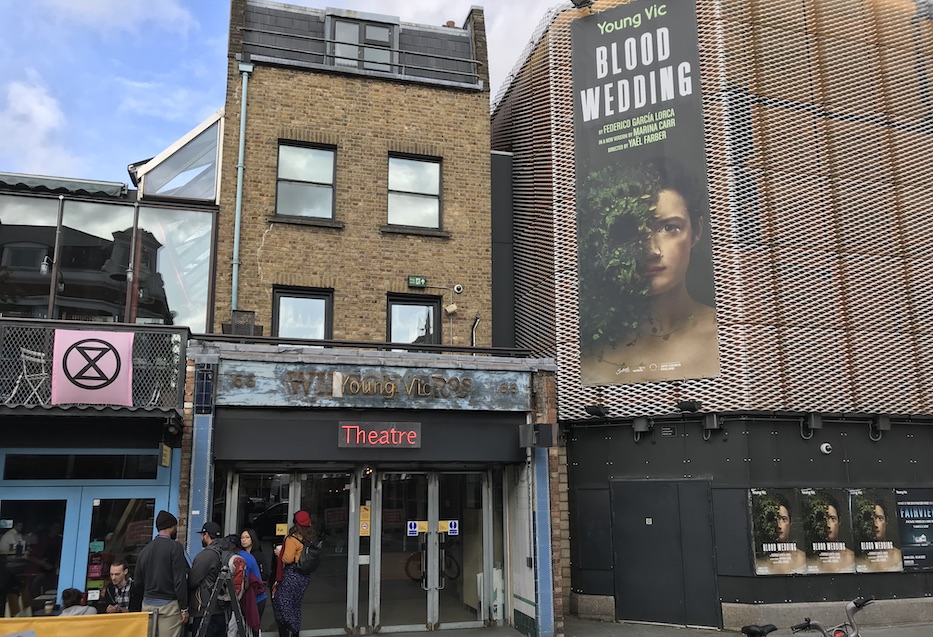 The Young Vic theatre is a performing arts venue located on the Cut, near the South Bank, in the London Borough of Lambeth.

Its philosophy is to "foster emerging talent and collaborate with some of the world’s finest directors, performers and creatives; creating award-winning productions which engage with the world we live in". For many years, the Young Vic has been synonymous with inclusivity, accessibility and creativity.

The Young Vic was established by Frank Dunlop in 1970. Kwame Kwei-Armah has been Artistic Director since February 2018, succeeding David Lan.

The Young Vic's neighbourhood theatre programme, called Taking Part, engages over 15,000 local people every year via a wide range of projects, from skills-based workshops to on-stage performances. Their Directors Program has been running for nearly twenty years. The program currently serves nearly 1,000 directors, designers and producers living in the UK at the early stages of their career.