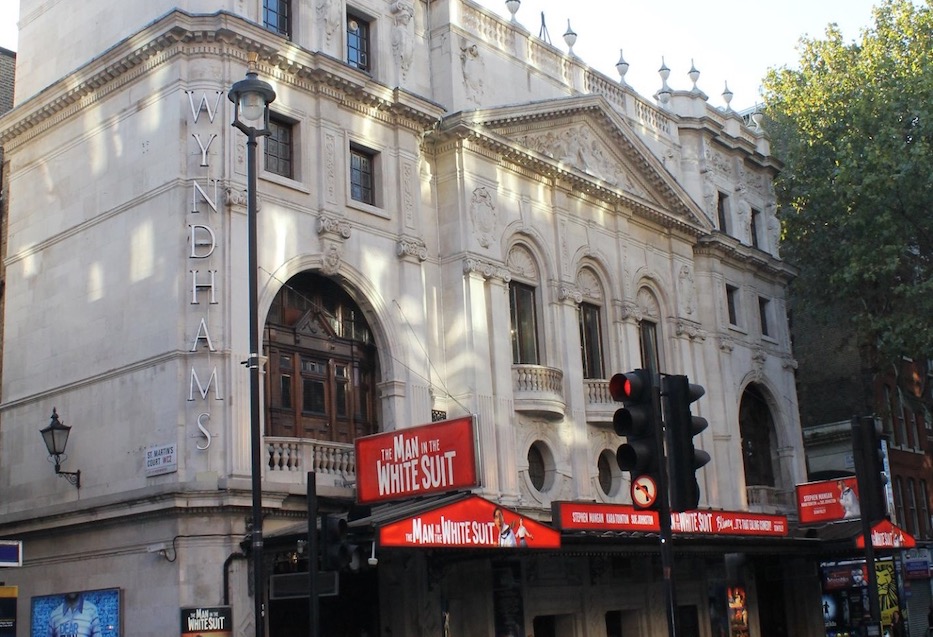 The auditorium is one of Sprague's most delightful and best preserved inventions. Extravagantly decorated in Louis XVI style. Two curving cantilever balconies with prettily painted panels. The gallery is the rearward extension of the upper tier. Boxes with bowed fronts in three storeys (the lowest at dress circle level) paired, with semicircular arches at the two upper levels and set between pilasters carried on massive brackets. The proscenium was designed as a complete picture frame of the kind originated by Squire Bancroft at the Haymarket nearly 20 years earlier. It has an elegantly enriched architrave, above which is a composition of allegorical winged figures in full relief, carrying festoons and supporting framed portraits. The elaborate festooned house curtain was replaced in the 1970s by the Alberys, the last in the long family succession at this theatre, with a new curtain which faithfully reproduced the original design, a rare and costly gesture. Magnificent circular ceiling painted in the manner of Boucher, restored with other paintings about the same time. The saloon and public foyers, etc are in complementary style.

The site is contained by Charing Cross Road and three pedestrian ways, so that (as with most West End theatres of this period) improvements can be attempted only within the containing walls. A bridge link across St Martin's Court was built between the rear of Wyndham's and the Albery Theatre in the 1970s to effect management and other economies by sharing facilities in the two theatres. Despite the tight planning, this has to be regarded as one of London's finest theatres.