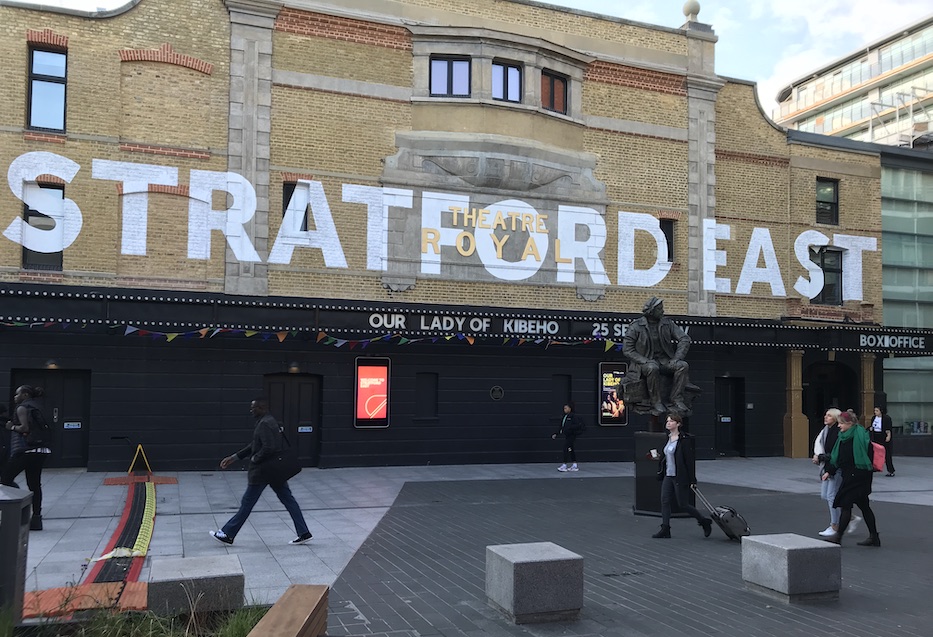 The modern setting of the building for long provided depressing evidence that it had been only grudgingly excluded from the massive clearances which preceded the Stratford town centre developments, but it has now become an object of civic pride and the pivot for the creation of an ‘off Stratford’ cultural oasis. In metropolitan terms it is a rare and precious survival and it is an excellent working theatre. The Royal is the only London suburban theatre with a complete pre-cantilever (hence iron-columned) auditorium. Designed by J G Buckle the author of ‘Theatre Construction and Maintenance’, published in 1888, Stratford Theatre Royal seems to be his only surviving work. Although designed as a suburban theatre, with a distinctly provincial character, it achieved national significance as the home of ‘Theatre Workshop’ from 1953 and was the birthplace of many Littlewood/Workshop ‘originals’. It maintains to the present time its reputation of being a theatre which serves the people of the neighbourhood but does work of national significance. The external architectural treatment is offhand in the extreme, with an oriel (perhaps a touch of Matcham?) as one of the few notes of relief on an otherwise plain brick facade. The auditorium, by contrast, is pleasing and efficient, with good sighting from all parts of the house. Shallow in depth. Two balconies supported on cast iron columns; delicate plaster ornament to balcony fronts and ceiling. Box fronts have arched heads with pendant centres. Enriched architrave to proscenium with scrolly cartouche and festooned frieze over. The plan of the building reflects the ‘paste on’ manner in which the site was assembled and additions were made. The main vestibule extends along one side of the auditorium and leads to a long bar projecting to the right, alongside the stage - a mystifying but happy arrangement, which means that one’s first view of the auditorium is across its width. The stage provides further evidence of the development of the theatre to its present form. It has been extended backwards in such a way that it has the character of two rooms of different dimensions and with their grids at different levels, an odd arrangement which designers have learned to exploit. The auditorium was refurbished in 2015. Seating, carpeting and walls were replaced and the stalls level reconfigured to include an extra 17 seats. The antique chandelier was restored along with the trompe l’oeil safety curtain. An extra 60-seat studio space based in Gerry’s Kitchen, a new cafe and community arts venue opposite the Theatre Royal’s box office, officially opened on 5th April 2016.