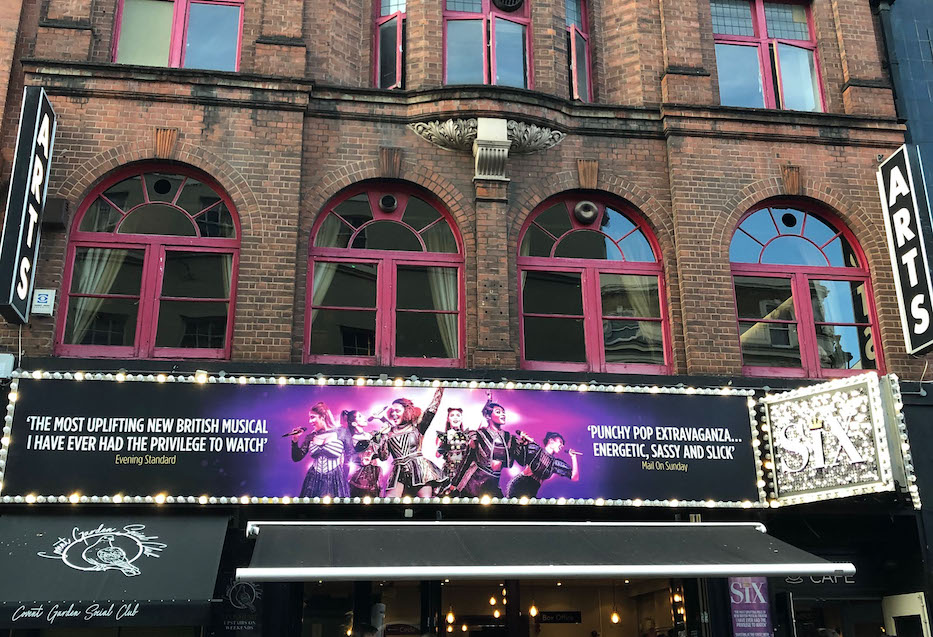 The Arts makes no grand architectural statement, but it is remarkable in other ways, as one of the first theatres in the heart of the West End to which the term ‘fringe’ might reasonably be applied and also, in one of its manifestations, as the only building-based children’s theatre in such a location (the Unicorn). The facade is older than the theatre in red brick with a plain rendered ground floor, giant pilasters uniting second and third floors, framing a shallow central recess containing a canted bay. The Arts Theatre Club, founded in 1927, built their two-tier basement theatre in the building leased from the Salisbury Estate, to the designs of P Morley Horder, at a cost of £18,500. Altered and redecorated by Basil Ionides in 1934, its auditorium and stage boxes were severely damaged by fire in 1951 but immediately reconstructed. The main house is currently a 350-seat proscenium arch theatre. The auditorium is rectangular, with an end balcony and side slips and is architecturally undemonstrative. A 60-seat studio theatre situated on the first floor called Above the Arts was opened in March 2015. Access to the studio is via street level doors and up 23 steps. It is entirely separate from the main house and has no level access. Proposals to redevelop the building in the future include a slightly smaller new theatre.