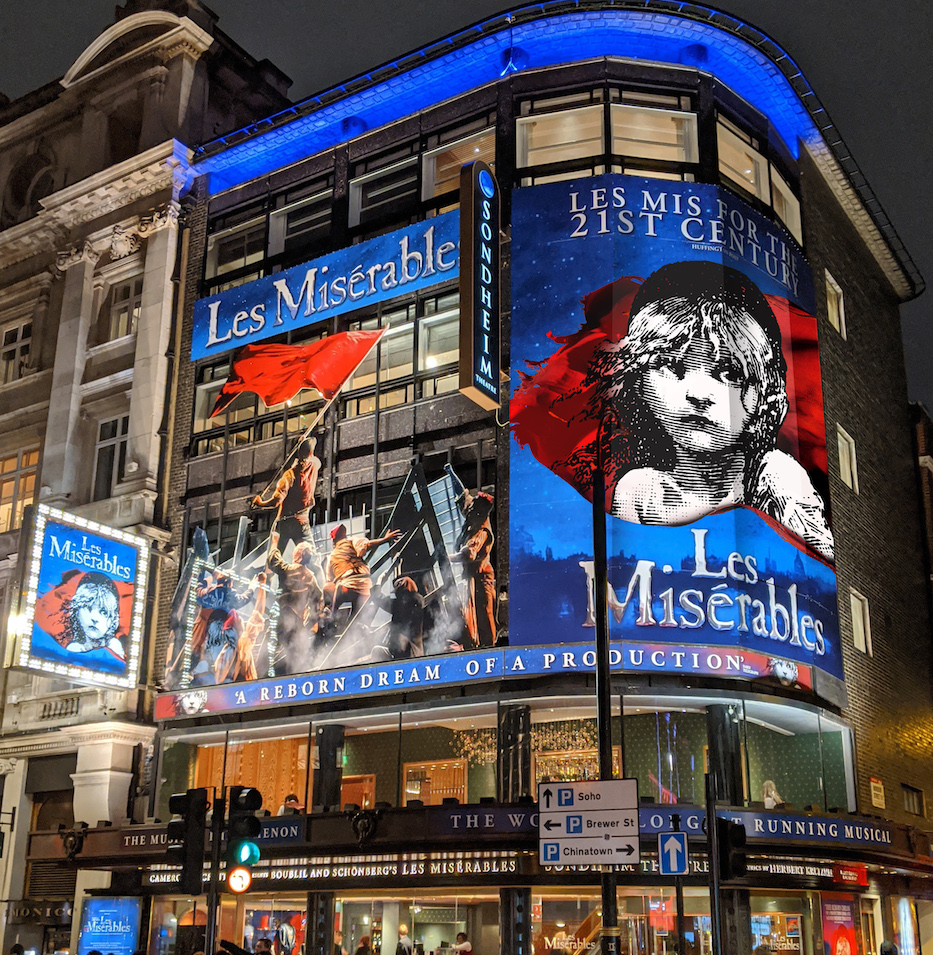 Designed with the Gielgud (formerly Globe) as part of a balanced composition with closely similar architectural treatment to the two corners of the block but now, since partial rebuilding of the Queen's after war damage, presenting a stark contrast. No doubt in 1957 the restoration of the façade to its original appearance seemed impractical if not undesirable. The glass curtain wall, revealing the foyers and bars to the street and described, in 1982 as 'outdated, untheatre-like, even heartless', has, with the passage of time, become an interesting 1950s antiquity in its own right. It is, nevertheless, an architectural gate-crasher, wearing the wrong suit to the party. The flank and rear elevations are original, in red brick with repetitive stone dressings. Westwood's/Casson's rebuild at least gave the Queen's a foyer and bars with a greater feeling of spaciousness than one would have thought achievable on so restricted a site. The modern detailing is here low-key, making no particularly memorable statement. Their rehabilitation of the auditorium was handled with sensitivity. The box fronts were altered and, regrettably, the loggia boxes which gave a little in the way of opulence to a restrained design, were removed. The total effect, however, is still that of a typically controlled Sprague interior, with elegant Italian Renaissance plaster details, exhibiting none of the architectural abandon of his master, Matcham.

As always, with Sprague, the auditorium is an architecturally unified room, designed to be satisfying in all views. It has two curving cantilever balconies linked to three-tiered boxes flanking a rectangular proscenium frame. The upper boxes are set between square Corinthian columns supporting an entablature and an arch. A coved, panelled sounding board links the two arches.

The ceiling has an oval saucer dome containing four semi-circular lunettes, each guarded by pairs of full length relief figures of muses. The modern 'floating moulding' lighting ring is not wholly successful and rather confuses the view of the dome. The 1950s adaptations included discreet front-of-house lighting positions in ports formed in the upper balcony front but these have proved insufficient for the voracious lighting demands of modern productions. Later bars and gantries have introduced a deal of clutter into Sprague, Westwood and Casson's pretty interior.