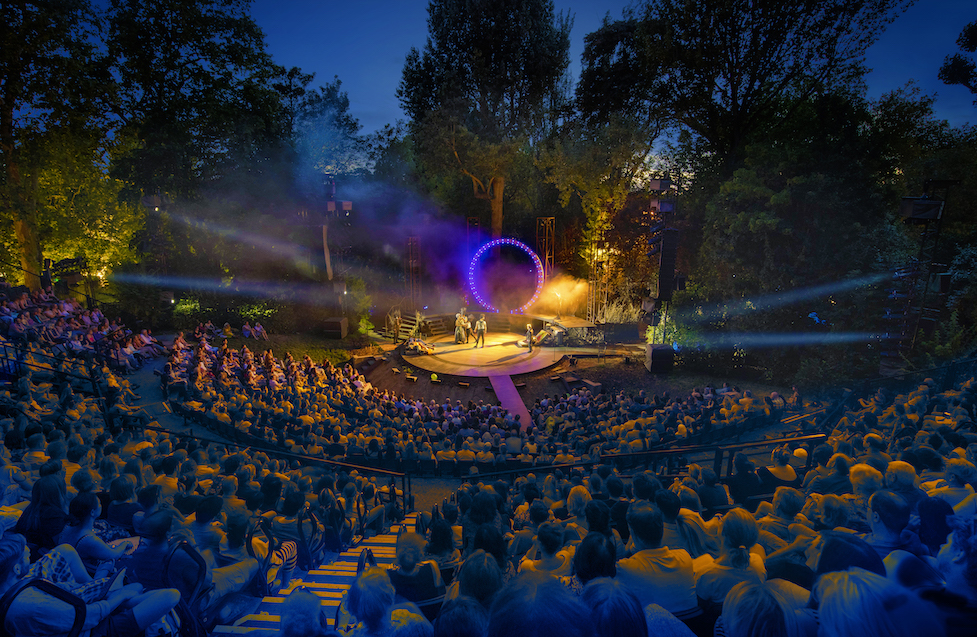 The award-winning Regent’s Park Open Air Theatre is a London landmark – a firm fixture of summer in the city, providing a cultural hub in the beautiful surroundings of a Royal Park.

Established in 1932, the award-winning Regent’s Park Open Air Theatre is one of the largest theatres in London. Situated in the beautiful surroundings of a Royal Park, both its stage and auditorium are entirely uncovered. The theatre is celebrated for its bold and dynamic productions (The Turn of the Screw, Little Shop of Horrors, The Seagull, Porgy and Bess, The Crucible, Henry V), with audiences of over 140,000 each year during its 18-week season.

“Regent’s Park Open Air Theatre has been transformed into one of the capital’s most exciting spaces.”
The Guardian

The theatre’s ambition of reaching new audiences beyond the Park has seen their productions of Pride and Prejudice, Lord of the Flies and To Kill a Mockingbird tour the UK and Ireland, the latter subsequently transferring to the Barbican for a month-long residency in 2015, and their co-production with Chichester Festival Theatre of Michael Morpurgo’s Running Wild toured the UK in 2017.