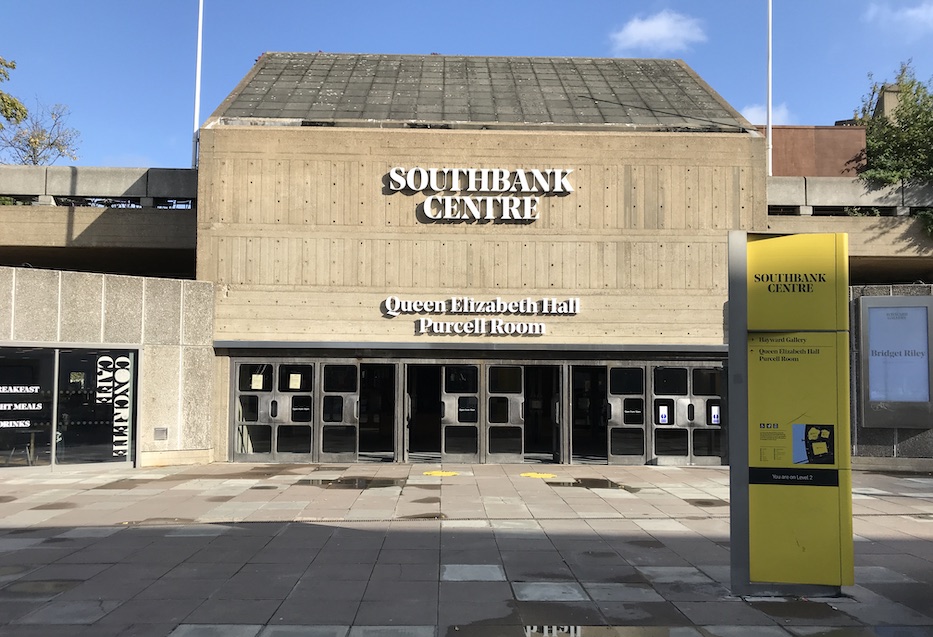 The Queen Elizabeth Hall is a music venue on the South Bank in London, England, that hosts daily classical, jazz, and avant-garde music and dance performances. It was opened in 1967, with a concert conducted by Benjamin Britten.

The Purcell Room in Queen Elizabeth Hall reopened in April 2018 following almost three years of refurbishment. With new improved facilities and acoustics, this intimate wood-panelled auditorium provides a platform for music and performance events, a variety of talks and debates, plus readings of classical and modern literature.

The world-renowned venue has played host to some of the biggest names of the 20th century and beyond, including David Bowie, Daniel Barenboim, Marianne Faithfull and Radiohead’s Jonny Greenwood.