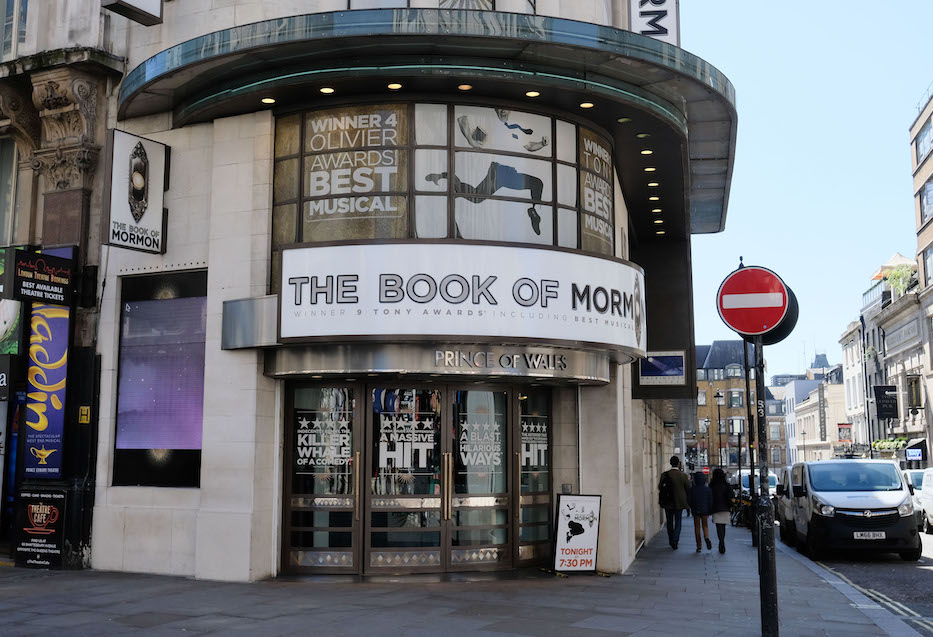 The first theatre on the site, by C J Phipps, 1884, formed part of a speculation by actor-manager Edgar Bruce, which included a hotel and restaurant. Contemporary engravings show that the site did not allow Phipps to adopt his favoured and instantly recognisable theatre form (curving balconies, circular ceiling, deep cove). It was a nearly rectangular room with a sloping ceiling, three end balconies, rows of boxes ranged along the parallel sides and a square proscenium.

Little more than the foundation of Phipps's fabric remained after Robert Cromie's root and branch rebuild in 1937. Cromie succeeded in producing a much roomier auditorium with a larger capacity and an improved stage (although deficient in wing space). The cramped site still imposed limitations in that the bars and foyers were all ranged along one side, extending to the rear and the auditorium was exited from one side, leading to painfully slow movement in the intervals. There was also always a problem with street noise audible to the audience.

In 2003, the auditorium still retained much of its original, rather thin Art Deco treatment, somewhat obscured by a big lighting bridge and other modern accretions. There were significant remains of other contemporary interiors, notably in the roomy Stalls Bar.

The exterior, with the entrance on the corner of Coventry Street and a long flank to Oxenden Street, was very much of its time. The artificial stone-faced five-storey northern section was divided by two groups of three ribs or half-shafts; the southern section, cement-faced with ruled joints, a band of first floor steel windows and five portholes above. The main architectural emphasis was the round corner tower with ribs rising as columns in a cement-faced open lantern with flag mast. The tower ribs and cornice band on the lantern were originally outlined in neon. The name of the theatre and that of the current show were in neon letters on open frames.

Nearly all subsequent alterations were to the architectural disadvantage of the theatre and did little to remedy its inherent defects.

The 2004 works, somewhat more radical than the 1993 remodelling of the Prince Edward (q.v.), were designed to eliminate most of these problems. The original auditorium decoration is concealed by a completely new interior treatment, Art Deco in spirit, but not reproducing the original style. Undulating side screens, enclosing the stalls, improve the acoustic and, combined with a lobby formed inside the street exit, reduce audible street noise. Other interiors, in the main, retain their original character.

By introducing new and upgrading existing staircases, there is now access and egress to and from the auditorium on both sides at all levels, significantly improving conditions for the audience.

Externally, the entrance canopy has been raised, the accretion of signs on the tower removed and tower windows opened. The character of the tower as an 'architecture of light' landmark is restored. The major alteration on the Oxendon Street front was the creation of a long oriel window, to widen the American bar and allow freer movement between the two sides of the theatre.