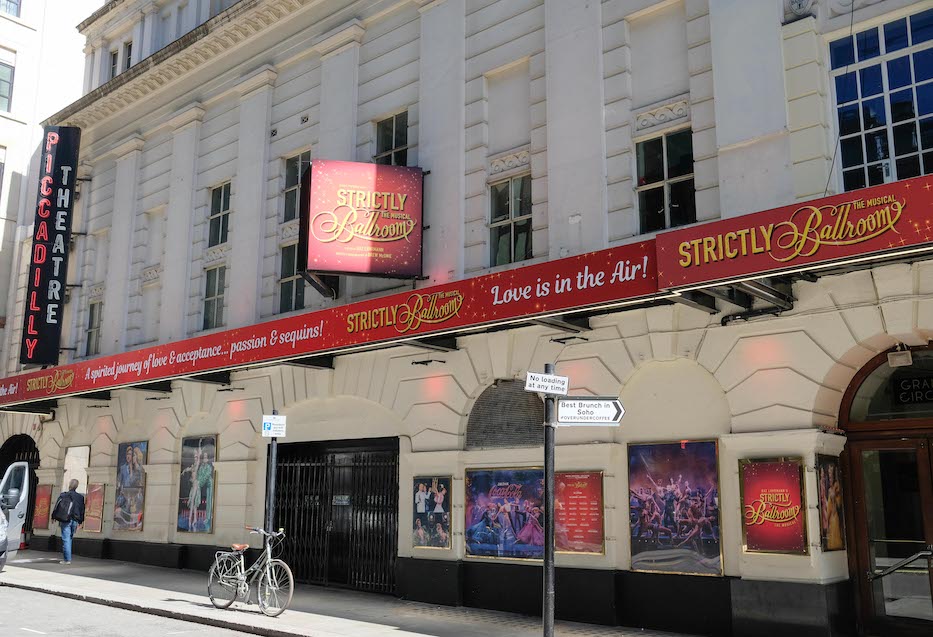 A theatre on one of the West End’s less prominent sites. Façade in eleven bays with right hand end curving at the junction of Sherwood and Denman Streets. Looking like stone, but actually in white cement, the ground floor takes the form of a rusticated arcade under a projecting canopy. Above this, two channelled storeys are united by giant pilasters carrying an entablature with a sheer attic storey above.

Entrance foyer walnut-panelled. Auditorium with two balconies and square architrave-framed proscenium. In 1979 a movable ceiling was installed which could be lowered to reduce the capacity of the house by closing off the Grand Circle, concealing the original dome ceiling. This was removed when in 2017 the theatre underwent a major refurbishment, including the restoration of the dome ceiling and installation of a new chandelier in line with the 1928 design.

Early Vitaphone sound movies were shown at the Piccadilly in the year of its opening. It has had a slightly chequered history but in recent years has remained a mainstream theatre.