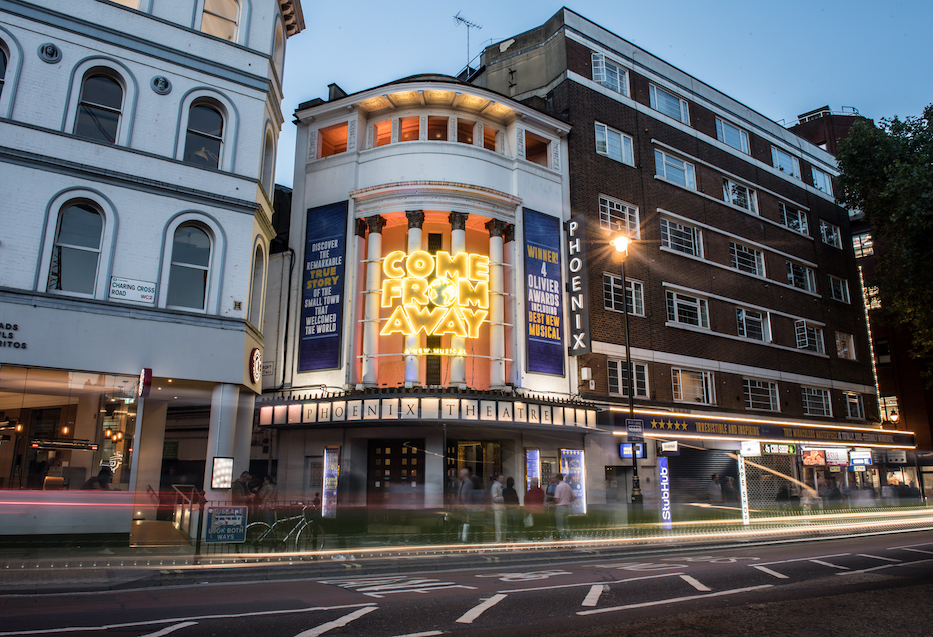 This is one of the London theatres built in the curiously productive theatre-building year of 1930. It was commissioned by Sidney L Bernstein as a dedicated theatre ‘free from any restrictive policy’.

The extraordinary list of credits for the design calls for examination. Sir Giles Gilbert Scott designed the entrance corner facing Charing Cross Road and this may well have been his only contribution (apart from his name, which gave the project a touch of class). It is doubtful whether he even acted as aesthetic arbiter. Crewe provided the first designs submitted in 1926 and 1928. He was near the end of his career but his name on the drawings would have been recognised and respected by the London County Council Theatres Section Officers as indicating a safe pair of hands in charge. Revised designs submitted in 1929 and 1930 bore the names of both Crewe and Masey and it seems fairly certain that Masey (who had worked in Crewe’s office early in the century) had by this time become lead architect.

Masey, who was already working for Bernstein on the rising generation of Granada super cinemas, left the decorative design of his interiors to stars in this field. The Phoenix has delightful interiors by Theodor Komisarjevsky in free but well-studied Renaissance styles using plaster modelling, rich colours and mirror-reflected views. This interior is identified by Allen Eyles as the key precursor to the most sumptuous of the 1930s Granada designs like those at Tooting and Woolwich.

The theatre is unusual in a number of ways. The site has frontages to Charing Cross Road and Phoenix Street, both making architectural statements and both seeming to compete for the status of the principal entrance front. The Charing Cross Road façade, on a curved corner, has a loggia with four giant columns above the canopy and is topped by an attic with square windows. The main entrance is in Phoenix Street, with a more freely treated two-storey, three-bay arcade with twisted columns.

The lively and colourful auditorium with figure-painted panels by Vladimir Polunin in the attic over boxes is now (2004) showing signs of age and interference but merits careful restoration as one of Komisarjevsky’s most significant surviving works. The splendidly painted safety curtain by Polunin (‘The Triumph of Love’, after Del Sellaio) is also in need of tender loving care. It is a rare and important work of theatrical art in its own right.