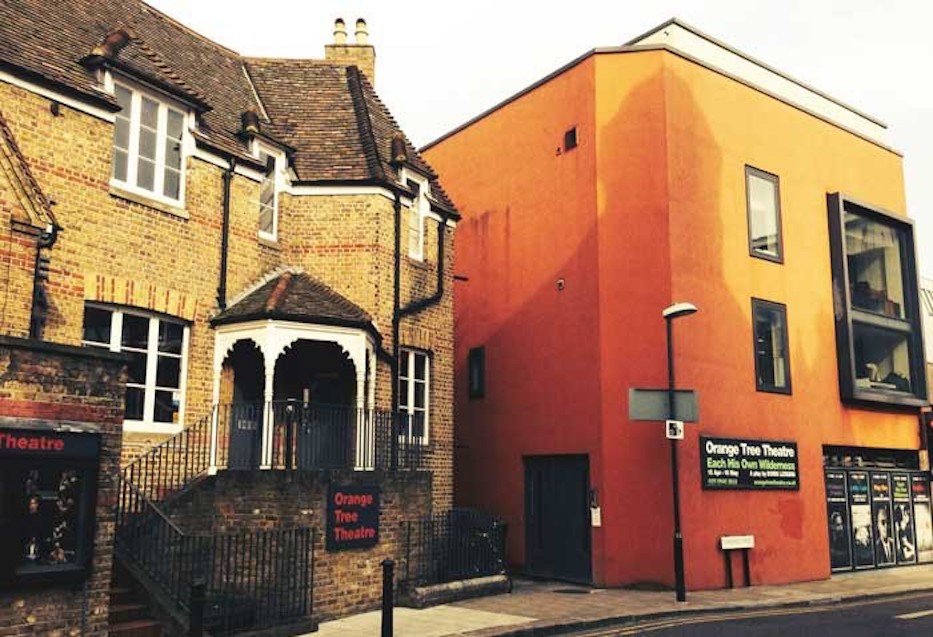 The Orange Tree Theatre is a 180-seat theatre at 1 Clarence Street, Richmond in south-west London, which was built specifically as a theatre in the round. It is housed within a disused 1867 primary school, built in Victorian Gothic style.

The theatre was founded in 1971 by its previous artistic director, Sam Walters, and his actress wife Auriol Smith in a small room above the Orange Tree pub opposite the present building, which opened in 1991.

Over its forty-five-year history The Orange Tree has had an exceptional track record in discovering writers and promoting their early work, as well as rediscovering artists from the past whose work had either been disregarded or forgotten.

In the last two years, the Orange Tree has been recognised for its work with seventeen major industry awards, including ten Offies (Off West End Awards), four UK Theatre Awards, the Alfred Fagon Audience Award and the Peter Brook Empty Space Award.

Since 2016 the Orange Tree’s work was seen in over 30 other towns and cities across the country.