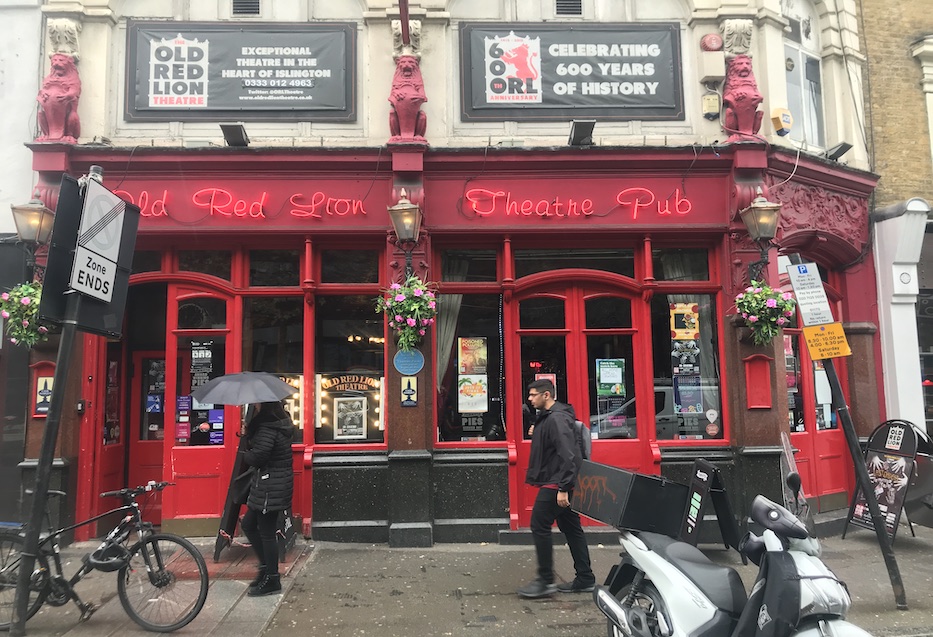 The Old Red Lion is a pub and fringe theatre, at Angel, in the London Borough of Islington. The theatre was founded in 1948 as the Old Red Lion Theatre Club. The pub was Grade II listed in 1994 by Historic England.

The Old Red Lion Theatre first opened its doors in 1979, and is now one of London's oldest and most loved theatre venues.

They are the Off-West End home of exceptional, ambitious and challenging theatre, ranging from world premieres of new plays to acclaimed revivals of significant productions from throughout history.

They support the UK’s most exciting artists at crucial stages of their careers, presenting work that challenges their audiences and connects them to communities rarely given the opportunity to be seen on stage. This focus firmly establishes them as one of the most acclaimed Off-West End venues for ambitious, powerful theatre.

Their mission is to nurture and present the very best of new, emerging theatrical talent. Esteemed artists including Abi Morgan, Joe Penhall, Kathy Burke, Stephen Daldry, Penelope Skinner and Nina Raine are just a few who had their early work presented on the stage, and this list grows each year.