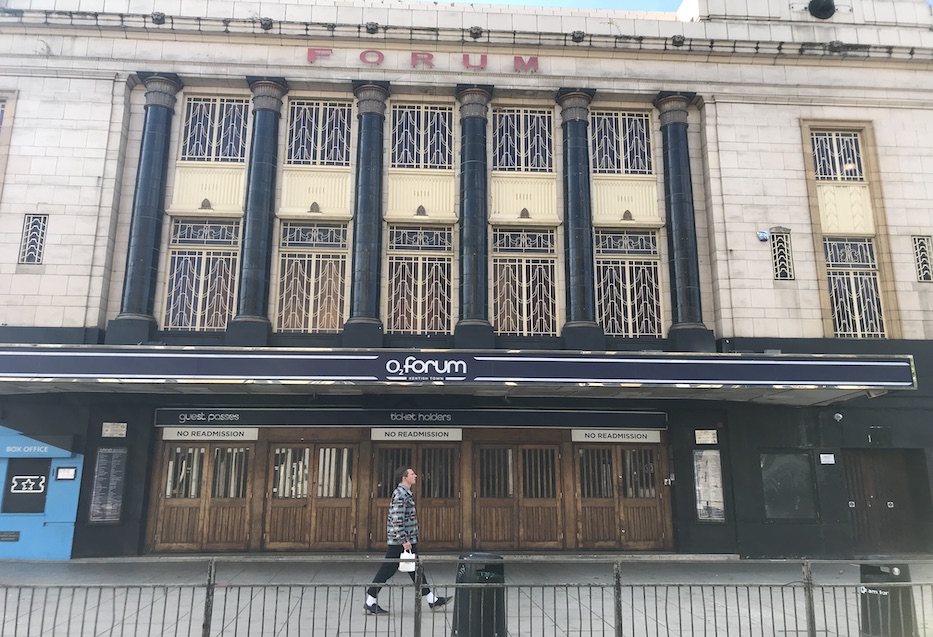 O2 Forum Kentish Town is a major live entertainment venue in London and one of the UK’s best preserved, original cinematic theatres.

It was originally built as an Art Deco cinema in 1934 by Herbert Yapp, a cinema magnate who also owned the Forum cinemas in Ealing and Fulham and the architect was J. Stanley Beard with interior design managed by his partner W.R. Bennett.

The venue launched with a grand opening ceremony of music and films, conducted by the star Sydney Howard, on 17 December 1934 and was taken over in March 1935 by Associated British Cinemas (ABC) along with the other Forum cinemas and changed renamed the ABC until 1963, 28 years later.

The ABC cinema closed in 1970 to become a bingo hall and then a dance hall and in the 1980s the venue's name and usage was changed to the Town & Country Club. It became one of the must-play venues on the indie circuit for up-and-coming bands as well as established acts. Throughout the late 1980s and 1990s, bands that played included The Velvet Underground and Pixies to Carter The Unstoppable Sex Machine and The Wedding Present.