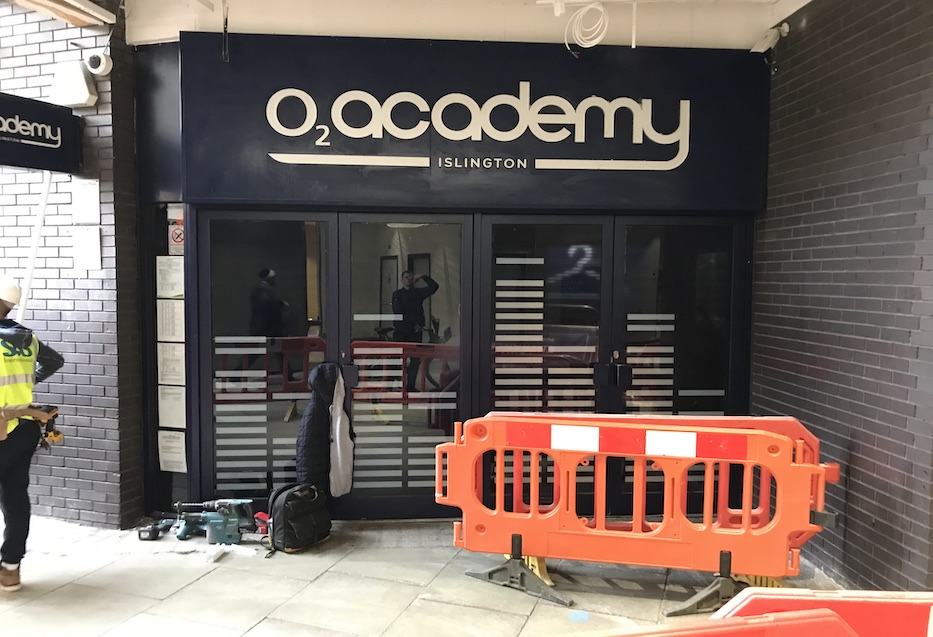 Located in vibrant North London, O2 Academy Islington hosts live music and club nights from established acts looking for an intimate performance atmosphere and new and emerging artists cutting their teeth in the capital. Opening on 19 September 2003 with an immense show from US rockers Alkaline Trio, an impressive list of acts followed in their footsteps onto the stage with Muse, The Cure, Eminem, Beck, KISS, Biffy Clyro and The Script all playing at the venue in its early years.

O2 Academy Islington hosts a varied event programme but it’s become renowned for its rock and metal shows. Multi-platinum and Grammy nominated band Fall Out Boy played an intimate show here in 2013, INME chose the venue for an exclusive gig where they played two classic albums in their entirety, Sugarcult played their first UK shows following a short hiatus here in 2011, founding Bon Jovi member, Richie Sambora brought his world-class guitar playing to the venue for a sold out show in 2014 and Funeral For A Friend filmed and recorded live album ‘Hours’ in the same year.

Famous in the city for its club residencies, O2 Academy Islington has become a weekly hit with both Londoners and visitors to the city, especially premier pop party and disco like no other, Club De Fromage, which has seen cult theme nights and celebrity icons take to the wheels of steel.