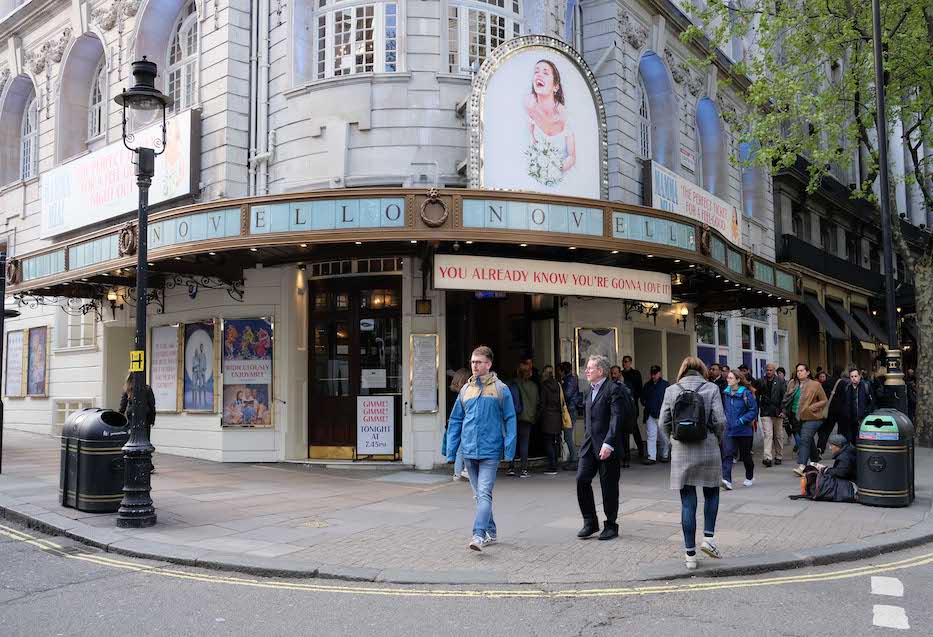 Built as part of the Aldwych/Kingsway development and designed as a pair to the contemporary Aldwych Theatre, with elevations closely similar but not identical to its twin. In Portland stone with a boldly bowed corner, it is a landmark in views from the Strand end of Aldwych. The interior, described in contemporary accounts as being in Louis XIV style, must be rated as one of the finest surviving works of W G R Sprague, here assisted by the shadowy, but important, decorator van Hooydonk.

Tightly planned but elegantly detailed foyer, staircase and bars. The auditorium has three balconies, stepping back to a top level which follows the line of the circular ceiling, to which the proscenium wall is tangential. The proscenium opening is square with fleur de peche marble gilt-enriched architrave. On either side, two tiers of full-bosomed boxes (not level with the balconies) are set between marble Ionic pilasters carried on massive console brackets and supporting a rich entablature crowned by full relief groups of putti. The entablature continues over the proscenium opening, above which is an arched tympanum containing a painted relief of Apollo driving his chariot out of the sun, with winged attendants. Pendentives carry the circular ceiling, which has a fruit-enriched perimeter beam and bracketed cove around a flat field with allegorical painting and a central chandelier. The seventeenth century French taste and the Ionic theme continue with painted marble pilasters and elaborately framed mirrors with musical trophies at each level on the curving side walls. All the marble was 'painted out' in 1930 or later, but has been revealed and refreshed recently. Boxes formerly at the back of the dress circle were removed in 1930.

The painting on the safety curtain is modern but in amusing nineteenth century Parisian style, a la Cheret.

Following a magnificent refurbishment project in 2005, the theatre reopened as the Novello Theatre.