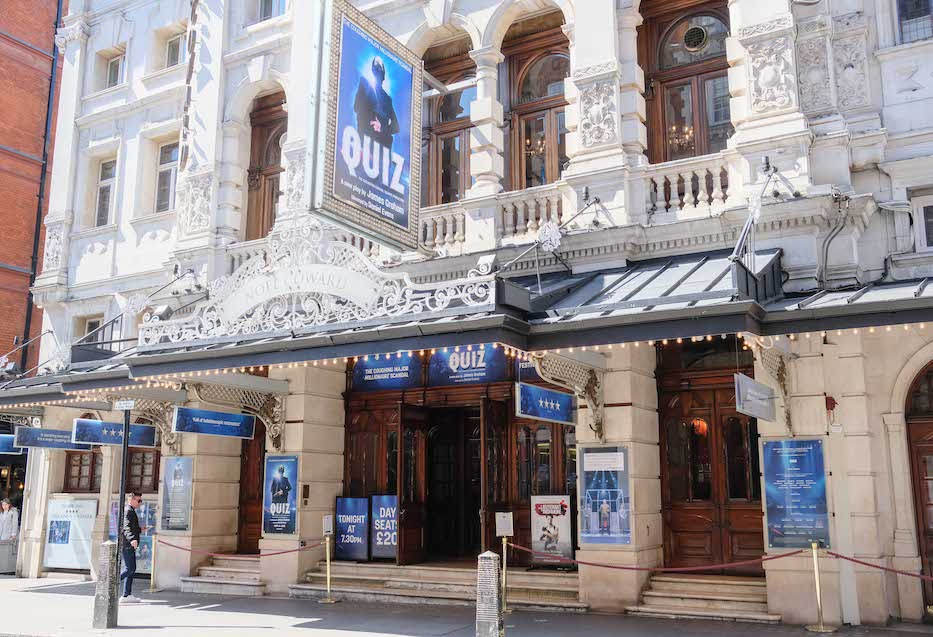 Built by Sir Charles Wyndham on land he had to acquire before building Wyndham's Theatre, with which it stands back to back, separated only by St Martin's Court and with a modern linking bridge. Stone free classical façade to St Martin's Lane, in three major bays, the centre slightly advanced and pedimented over an Ionic pilastered order. Flank and rear elevations in yellow and glazed brick.

The interior has suffered little alteration of any consequence. Its planning provides a striking example of the tendency, during the commercial building boom at the turn of the century, to impose the largest possible auditorium on to the smallest practicable site. Like a watchmaker, Sprague packed all the working parts into an impossibly confined volume. The way in which he met increasingly stringent safety regulations, while providing public spaces which, even if less than generous, were not mean, is instructive.

The auditorium, in restrained French style, (described as 'of the period of Louis XIV') is typical of Sprague, but Claude Ponsonby is credited with the decorative details. Three variously curving balconies set back, one behind the other, the lowest (dress circle) being lyre-shaped and the upper two extending forward into narrow slips. All have bombe fronts. The proscenium wall makes a tangent to the circular ceiling. There are three tiers of boxes on either side of a square proscenium opening which is completely framed on all four sides by a moulded architrave. Full relief figures, Peace and Music, in panel over. Brass orchestra rail now set back to line of proscenium.

Delfont Mackintosh Theatres took over the lease in 2005 and a full refurbishment followed, with new wall coverings, carpets and upholstery. The balcony was rebuilt and the seats replaced (now returned to their original damask rose colour), and the stalls bar returned to its original size.