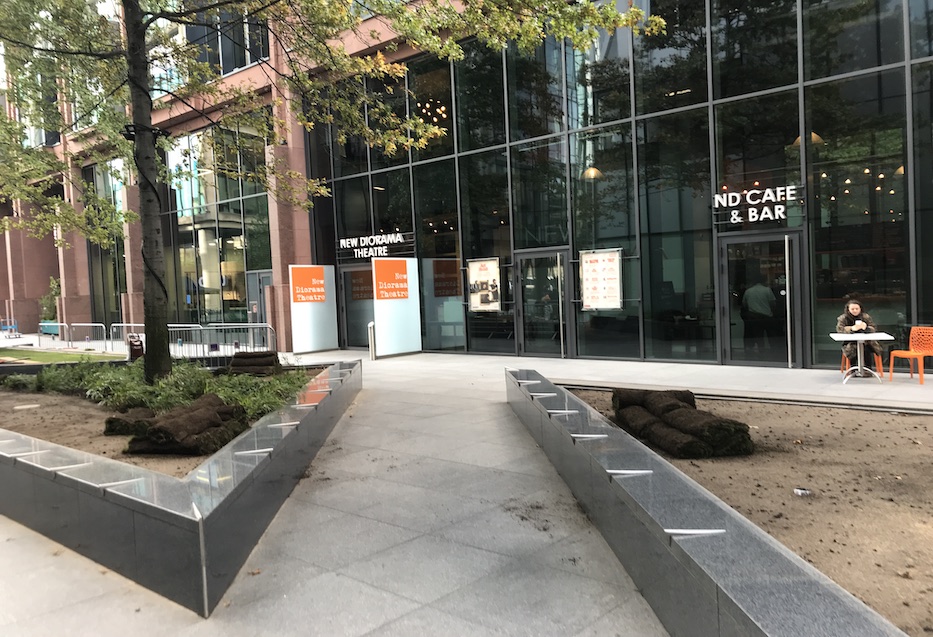 New Diorama Theatre is an 80-seat theatre based just off Regent’s Park in the heart of central London. Unique for their development and support of early and mid-career theatre companies and ensembles. In the nine years since they opened, they have welcomed over 200,000 audience members to productions by the best theatre companies making work in the UK today. Its artistic director is David Byrne

New Diorama Theatre opened in 2010 in the new British Land development of Regents Place as part of a Section 106 Agreement. As such, it has a responsibility to serve local workers and residents.