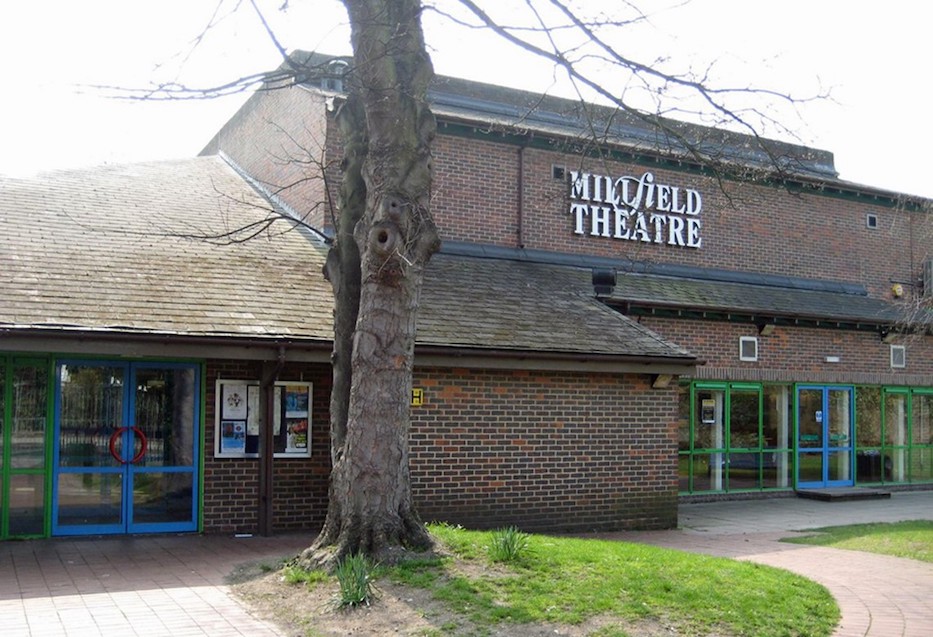 Millfield Theatre forms part of Millfield Arts Centre, which encompasses Millfield Theatre, Millfield House and The Dugdale Centre in Enfield Town. The theatre is owned, managed and funded entirely by London Borough of Enfield. It has 17 full-time staff working on site at the theatre, and employs many more casual staff. Ushers at the theatre are all volunteers. The 18th Century Millfield House houses the theatre's administration and contains rooms which are available for hire, and also plays host to a number of educational classes and workshops for children and adults.

Millfield Theatre plays host to comedy, musical, drama, dance, children's and music shows throughout the year. Most shows at the theatre are professional shows which the management bring in for a fee, or a split of the ticket sales. The venue also hosts productions by local Amateur Theatre Companies and local Dance Schools throughout the year. When hired, the venue offers the ability to sell tickets through its own box office.