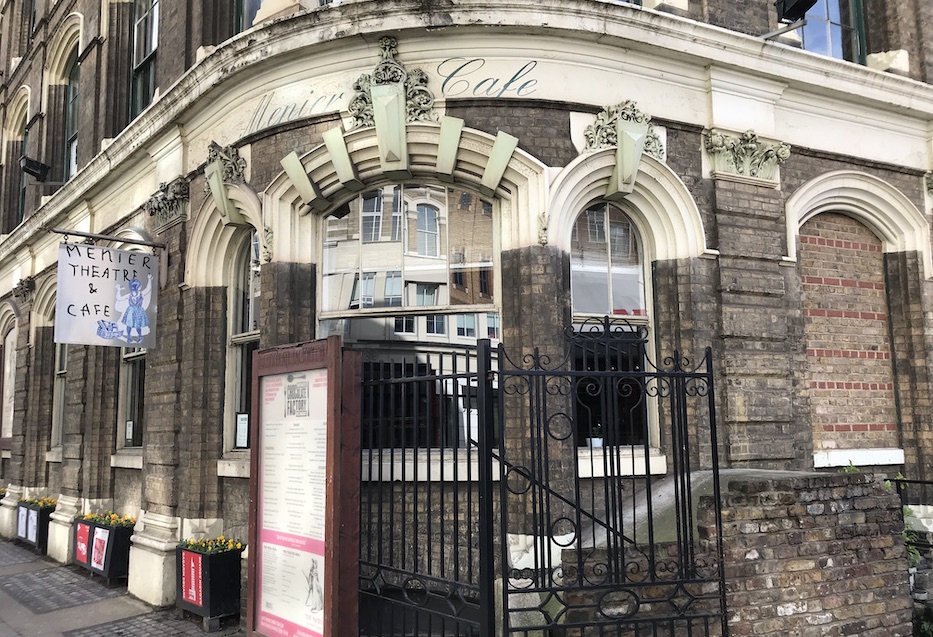 Built by the successful French chocolatier Emile-Justin Menier, the building, by an unknown architect, was put out to tender in 1865 but not occupied until 1874. Chocolate was produced until the Second World War when the building was converted to an engineering works. Abandoned in the 1980s, the building became derelict until it was purchased in 1992 and converted into a theatre. The Menier Chocolate Factory became a full time producing house on 10 November 2004 under artistic director, David Babani. The theatre is a flexible studio space seating up to 180 on padded benches. There is also a restaurant and gallery. A spacious 30 square feet rehearsal room is located on the second floor. The interior maintains the original exposed wooden beams, unusual cast iron columns and brick features. The listed exterior is built of stock brick with pale stone dressings to rectangular plan with curved corners to returns. The roof is hidden behind brick and stone bracketed cornice. The exterior is 5 storeys, with an 8 window range and tripartite windows to corners except for the top floor where they are quadripartite. Most openings are segmental-arched, doubled and round to top floor. The side lights to tripartite corner windows are also round-arched. Many windows retain their original sashes. The ground floor has a stone cornice supported by rusticated brick piers with stone capitals. The side entrance on the curved east corner has a segmental keyed head and round-arched windows to either side. The centrally placed entrance on the main elevation has 2 doorways with segmental heads flanked by Peterhead granite colonnettes with Corinthian capitals. All three 6-panel doors under segmental fanlights were original at listing. The new Menier Studio, able to seat up to 200 depending on configuration, was opened in February 2016 but remains separate from the Menier Chocolate Factory.