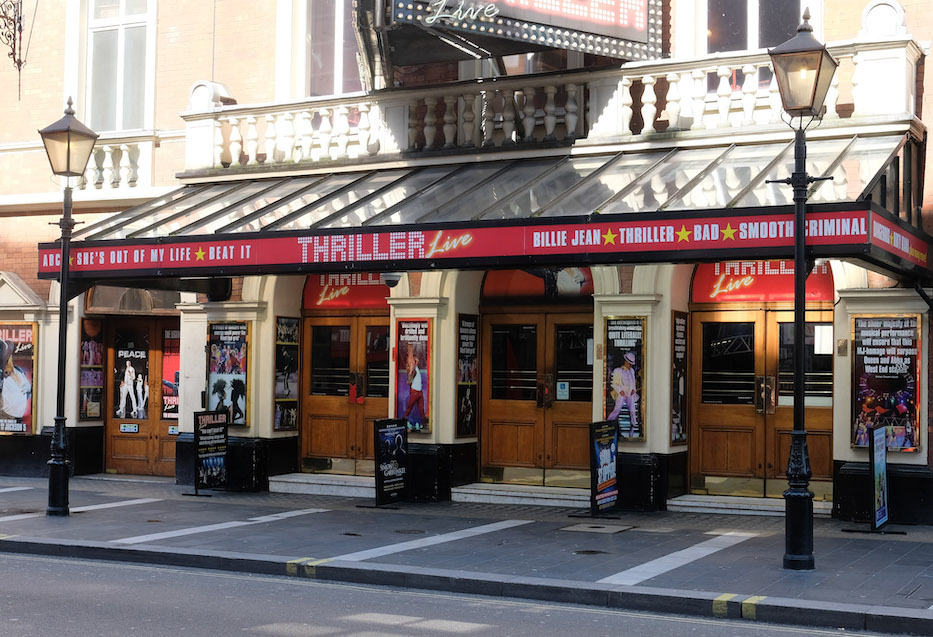 Built on an irregular site acquired from the Metropolitan Board of Works on completion of the newly-cut Shaftesbury Avenue, it was the third theatre (after the London Pavilion and the original Shaftesbury) built in this thoroughfare. Intended for musical comedy but, after mid-1920s, used mainly as a Playhouse.

The exterior, like many of C J Phipps’s theatres, is in unmonumental, almost domestic manner (compare the Vaudeville) of brick and stone with weakly-accented bays, variously treated with somewhat hesitant Franco-Flemish Renaissance details, gables and dormers. The left hand gable, with the name of the theatre has below it a tall arched doorway with broken scrolly pediment, looking like a main entrance but actually an exit. The entrances are at the right hand end, under an iron canopy.

Considered in isolation, the exterior lacks excitement, but it forms the western-most element in an outstandingly valuable group comprising the Lyric, the Apollo, the Gielgud and the Queen’s, at the midst of one of the world’s greatest concentrations of working theatres.

The façade to Great Windmill Street is of unusual historic interest, being the remaining part of a house (No 16) built in 1776 by Dr William Hunter, anatomist, as his home, anatomical theatre and museum. The rear of the house was demolished to make way for the Lyric’s stage and the three-storey front portion (effectively one room’s depth) was remodelled internally to form a four-storey stack of dressing rooms. Despite all this and further alterations made in 1904, together with the painting over of the brickwork, it is still recognisable for what it once was and bears a commemorative blue plaque, erected by London County Council in 1952.

The design of the theatre included shop premises on the Shaftesbury Avenue front, neither architecturally nor structurally separate, but nevertheless sold off by the London Residuary Body after the abolition of the GLC and before the theatre itself was handed over to The Theatres Trust (apart from its stage which, by historical accident, was not owned by the GLC). This piece of administrative vandalism will for ever compound the problems of a theatre whose planning was already uncomfortably tight and which has now been denied the one opportunity which might have existed for future improvement - a warning against leaving accountants in charge of matters of architectural and social consequence.

The auditorium, a sort of preliminary smaller-scale essay for Her Majesty’s of 1897 is, after recent redecoration, one of the most pleasing in London and rich in theatrical atmosphere. It has three balconies partly cantilevered from set-back columns. The straight sides of the dress circle are divided into three boxes. Above this the balconies are of circular plan and all three terminate against the superimposed boxes on either side of the stage. The top balcony front continues as a notional entablature to the pedestalled giant Corinthian columns which frame the boxes and carry the deep elliptical arch over the proscenium. The circular ceiling centre follows the line of the upper balcony. Pretty plasterwork, alabaster and later wood panelled finishes.

The alterations and extensive redecoration by Michael Rosenauer in 1932 mainly affected the entrance vestibule, crush room and stalls bar. His work was in a rather plain, inoffensive manner, with walnut panelling and mirrors. It is a matter of great good fortune that Phipps's auditorium, although altered, was not at that time completely devastated in the name of passing fashion. The RHWL refurbishment has nicely reconciled the Phipps and Rosenauer works.