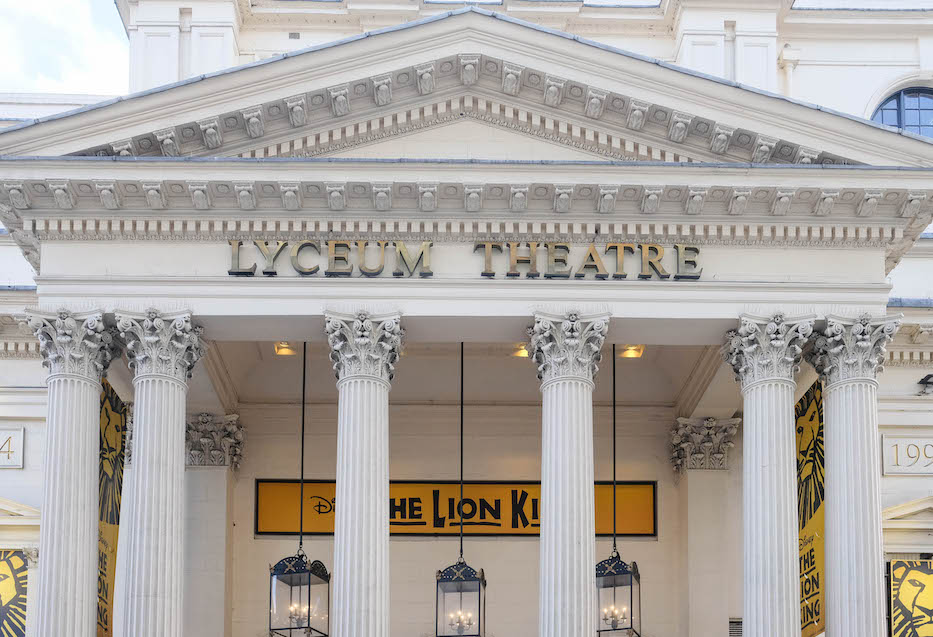 The Lyceum is a building of outstanding national importance, architecturally and theatrically. Its history is complex. A public building of this name stood on an adjoining site (now covered by Wellington Street) in 1772, then a theatre from 1794 until Wellington Street was formed, when a new theatre was built on the present site. This opened in 1834. It was for long managed by Sir Henry Irving and was famous for its association with him and Ellen Terry (their last performance in 1902). The Crewe interior is post-Irving and was intended to be a variety house to compete with the Palace and the London Coliseum but it was not a success in this mode and soon reverted to drama. It was purchased by the LCC in 1939 for demolition in connection with a road improvement, later abandoned.

Leased to Mecca, it became a ballroom. The abolition of the GLC in 1986 led to a period of darkness and uncertainty, during which the London Residuary Body sold a 125-year lease to Brent Walker before transferring the freehold to The Theatres Trust, who eventually negotiated terms for a transfer of Brent Walker’s unexpired term to Apollo Leisure, who set about works of restoration and improvement. They reopened the theatre in 1996 as a home for large-scale musicals.

Despite the fact that the symmetrical neo-classical composition was altered at upper level by 1904 and the domed attic lost, Samuel Beazley’s 1834 façade and portico remain today as rare and valuable pre-Victorian survivals. The portico stands over the public footway (cf Haymarket) and is a striking incident in the view up Wellington Street from the Strand.

The Crewe theatre occupied a wider plot than the earlier building and the portico and entrance staircase are, as a consequence, offset from the axis of the auditorium. The splendid foyer and staircase lead now to Crewe’s richly ornamented variety house interior. The rococo-ornamented panel over the proscenium is, perhaps, rather too deep for complete comfort, but the auditorium must, nevertheless, be rated as one of the most flamboyant in Britain.

The most striking alteration in the 1996 works was the total rebuilding of the stage house to give flying height for the most demanding modern productions. The old stage house was the result of a patchwork of alterations and additions to the Beazley/Phipps stage with further enlargement by Crewe. The new fly tower is, as it must be for a major musical house, a landmark. The orchestra pit has been enlarged to a size suitable for Grand Opera.

Apollo’s initial auditorium decorations were criticised by some and the renewed ceiling paintings are, undoubtedly, a touch raw and startling, but this remains an impressive reawakening and one which would have seemed highly unlikely even in the mid 1980s. It is time that this building was fully researched and an authoritative architectural account published.