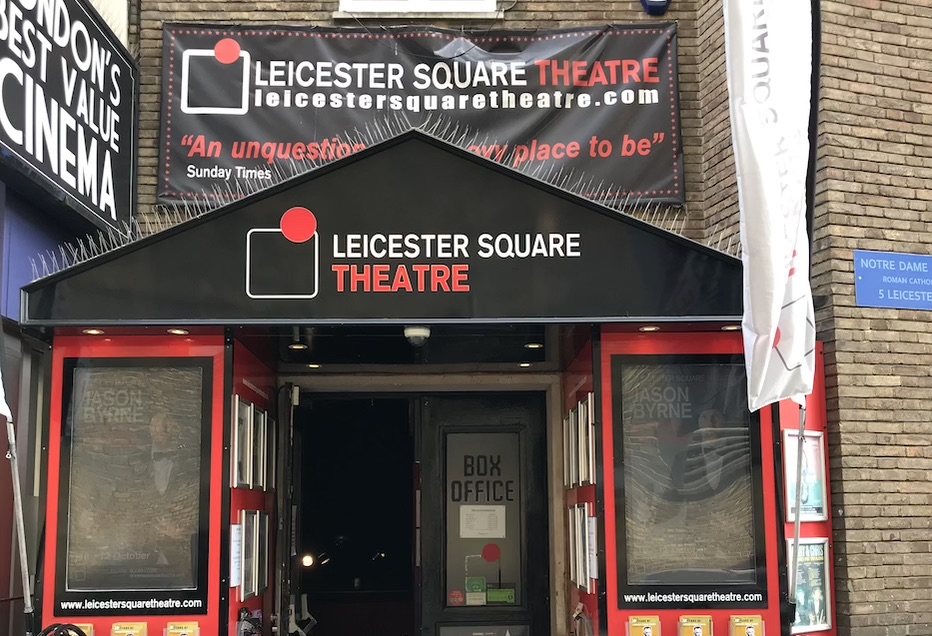 Leicester Square Theatre was reopened by Lesley Ackland and Martin Witts in August 2008 with a 12 week run of the late motor mouth US comedienne Joan Rivers.

The venue soon established itself as one of London’s foremost comedy venues playing host to the major comedy talent of today including Bill Bailey, Michael McIntyre, Richard Herring, Micky Flanagan, Frankie Boyle, Sandra Bernhard, Bridget Christie, Jo Brand, Russell Howard and annual seasons with Stewart Lee. In addition it has established a long standing relationship with Scamp Theatre Company who delight children annually with the seasonal Stick Man and their summer productions of Tiddler and Other Terrific Tales and The Scarecrows’ Wedding.

The theatre has an illustrious history as a live music venue. As the ‘Cavern in the Town’ in the Sixties, Beat group The Small Faces had a regular residency. In the 1970s, as the Notre Dame Hall, The Rolling Stones played there along with The Who. But punk ruled supreme and the venue hosted some riotous early landmark gigs by The Sex Pistols. The Clash previewed their “London Calling” material there in 1979 before recording the seminal album the following month.  Therefore it wasn’t long before music started playing a vital role in the venue’s programming.  Macy Gray, Boy George, Tommy Emmanuel, John Mayall, Michael Feinstien, Stacey Kent, Hazel O’Connor, David McAlmont, Ruby Turner and Tony Christie are just a handful of names that have played the theatre in the last few years.

The programming at Leicester Square Theatre isn’t restricted to the big names - its important (and exciting too) to bring in brilliant up-and-coming artists and the cult names of the underground. You won't recognise all the names on this website but you'll certainly be hearing more from them soon.