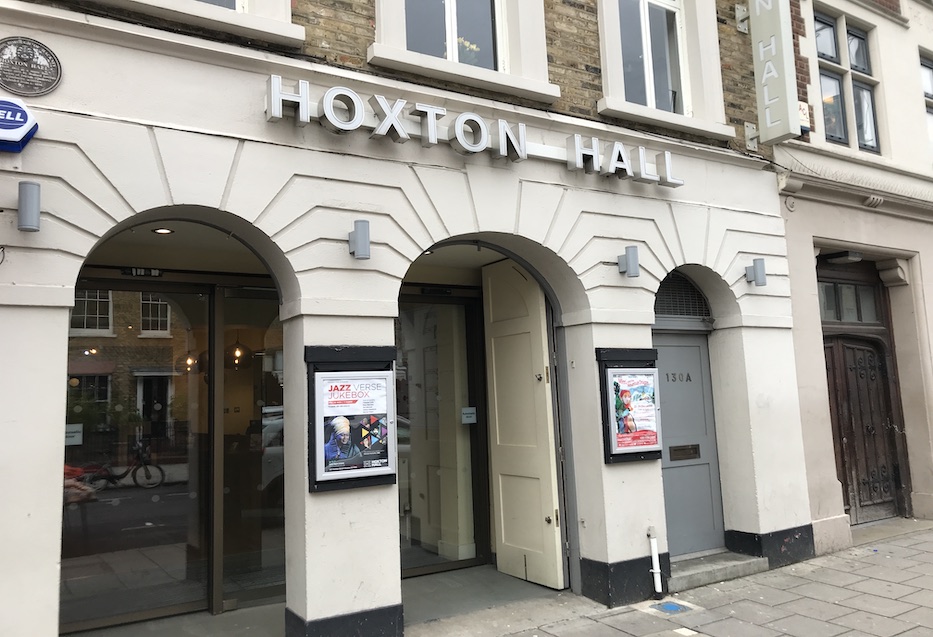 This building is unique in Greater London and one of the most important early music hall buildings now to be seen anywhere (cf only Wilton's, the (Royal) Clarence, Glasgow Britannia, Cardiff Philharmonic, and Nottingham Malt Cross which survive as relatively complete supper-room style relics). Hoxton Hall, which was fully active only from 1864 to 1871 is an unusually early survival from an insufficiently investigated phase in music hall evolution. An historical study of the building by Victor Belcher, with Alan Fagan's related survey drawings and reconstructions, undertaken in 1996-97, make Hoxton the best documented of all the early halls in terms of its physical character. The hall is remarkable (though not originally unique, even in Hoxton) for being a purpose-built music hall which did not have its origins in a pre-existing pub. It was built by James Mortimer, who brought the attitudes of 'five per cent philanthropy' to a venture which he saw as offering social improvement to Hoxton. It was, perhaps, too high-minded and failed. The next licensee, James McDonald, had a music hall background. He carried out improvements and ran the hall with moderate success from 1866 until he lost his licence in 1871. The room as it is seen today, with all its subsequent alterations, is essentially McDonald's. It was purchased by the Blue Ribbon Temperance Mission in 1879 and then, in 1893 by the Bedford Institute (Quaker) who incorporated it into a complex of new buildings in 1910. Use for entertainments, although sporadic under the Bedford Institute, never ceased and was intensified as part of a highly active neighbourhood centre under warden May Scott, in the 1960s. The British Music Hall Society held its inaugural exhibition and entertainments there in 1963 and 1964. It is now a thriving arts centre in regular theatrical and community uses. There was never an elevation to Hoxton Street, only a narrow passageway. The present entrance resulted from the acquisition of property in 1982. There is a simple, pedimented, classical stucco facade to a side street, Wilks Place, originally one storey lower, bearing the legend HOXTON HALL in bold letters. Keystones bear Mortimer's monogram and the date 1863. It is not clear whether this was ever the main entrance for which its position, behind the stage, was not ideal. The auditorium is a remarkable room of outstanding archaeological, as well as historic, importance. It was originally a pilastered hall with fireplaces on either side and an end balcony carried on two wooden columns, facing an open platform stage. This first form is still clearly discernible, despite the fact that McDonald raised the room height substantially, extended the original balcony along the sides and added an upper balcony, the two levels being supported on slender iron columns and having non-matching ornamented cast iron bombéronts. The stage has been altered more than once but the total effect is still that of a pre-1880s music hall with a very high platform, the original height of which is seen in a vestigial section at the back, with a lower and later extension in front. The original architectural treatment of the stage end wall is not known. The balconies, which had been partly cut away over the stage, were extended to the end wall in 1976 when the present ceiling was created, a replacement for temporary post-war damage, but now lacking its original roof light. Very small two-balconied halls (this one measures only 4.9m (16ft) between the balcony fronts) were probably always rare. Hoxton Hall was completely restored in 2015 to provide new facilities for the youth arts centre. As part of the restoration, the upper and lower side balconies have been re-opened for public use, doubling the audience capacity of the main hall. Major structural works have been undertaken to ensure the building’s stability, and fittings that include fire surrounds, laylights and sunburners have been re-instated. By removing modern brick walls, cast iron windows have also been revealed on the original music hall façade. The entrance has been remodeled to create a welcoming foyer and box office, and the back stage facilities improved. Heating and other services have been modernised together with the main hall’s technical theatre installation to enable a wide variety of performances, shows and events to take place. Part funded by the Heritage Lottery Fund, this is the second phase of the hall’s development and follows work in 2012 that repaired the fabric of the building, upgraded the cafe, music and art studios, and improved accessibility.