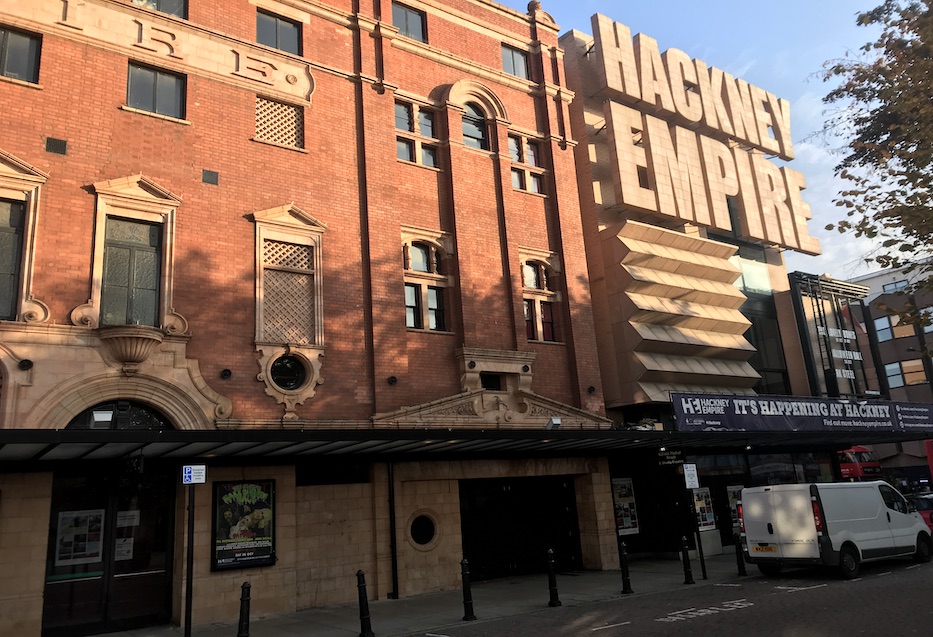 A magnificent example of a turn-of-the-century variety palace. Matcham at his most imaginative. Built for Oswald Stoll, the fourth and only theatrically active surviving example of his big suburban variety houses in Greater London. Opened December 1901 with ‘two shows a night’ policy. Equipped from the outset with a small cine-projection box.

Excellent site next to the Town Hall with street frontages on three sides. Great townscape value. Splendidly exuberant terra cotta façade to Mare Street, described at the time as being ‘carried out in Victorian design’. Three bays, the wide centre one having a curiously framed and arched first floor opening, the narrow outer bays treated as short towers, very slightly advanced. Topped by finely modelled domes with a pediment and figure of Thalia between, removed 1979 and subsequently reinstated; all very eclectic and uninhibited.

Grand vestibule and double staircase with marbled finishes. Opulent auditorium, again highly mannered and eclectic in its details, with three balconies. Dress circle with boxes at back. Square, deeply coved and ornamented ceiling, with sliding centre. Marble proscenium, the opening flanked by splayed buttresses with elaborate niches (originally containing electric number panels) and crowned by Indian domes. The arch itself and its pierced tympanum form a serpentine pediment.

This is one of the most perfect examples of Matcham's work in London. During the period of occupation by Mecca Bingo, however, the auditorium was painted in their too-recognisable house style. This removed practically all trace of the old painting and gilding which had survived, soiled but pleasing, until early 1978.

One interesting result of bingo use was the levelling of the back of the stalls to form a promenade bar, strangely reminiscent of the music halls of the immediately 'pre-Boom' era. The Empire was, even so, one of the last variety halls with a bar overlooking the stage (glazed panels behind stalls promenade on stage left).

The return of this theatre to variety use has been one of the most impressive and unlikely examples of theatre revival in recent years. The Empire Trust successfully raised a large sum to match Lottery grants for the completion of the architectural restoration and technical upgrading of the theatre, but the spin-off social and environmental benefits have, since 1986, impressively demonstrated the good sense of investing public money in such ventures.

The 2004 works restored the auditorium and front of house areas. There was no attempt to reproduce the original colour scheme, but the decorative scheme adopted, together with the cleaning of the wall and ceiling paintings and reinstatement of those that had been painted over, has worked to striking effect. The rebuilding of the stage house, improvements to backstage accommodation and the reorganisation of access and egress to and from the upper tiers has been extremely effective. The works in rebuilding the corner pub and creating the new studio theatre provided useful extra front-of-house and educational spaces.