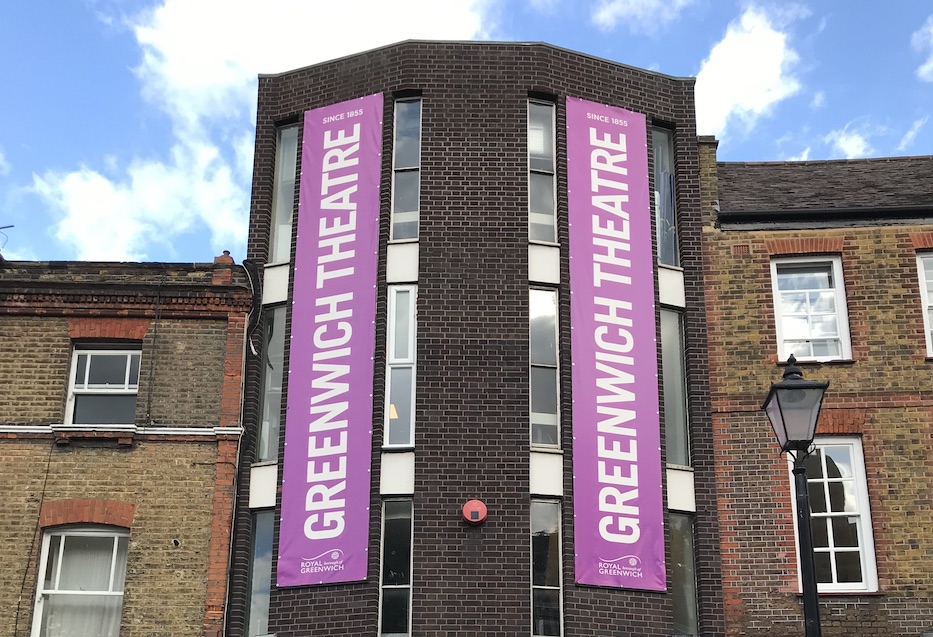 The first building of any consequence on this site was probably the 1871 Crowder’s Music Hall, previous rooms having been modest appendages to, or rooms within, the old Rose & Crown Public House. Rebuilt or remodelled in 1895 as the Hippodrome, it became a cinema in 1924 and closed altogether in 1949. A long campaign to reopen as a theatre and arts centre was headed by Ewan Hooper to avert a threat of demolition in 1962. Music Hall entertainments held in the large concert room at the Green Man in Blackheath (dem) attracted a great deal of attention and reopening was achieved in 1969.

The narrow entrance façade to Croom’s Hill is modern, by Meeking. The flank wall to Nevada Street is probably a relic of Crowder’s in a modification of its 1885 dress. A stucco panel on this side will still, in some lights, reveal the legend ‘Parthenon Palace of Varieties’. The Rose & Crown Public House on the corner of Nevada Street is on the site of the parent pub but was rebuilt in 1888, possibly by Frank Matcham. It is now separate from the theatre.

Although contained within an old shell, the interior is, for all practical purposes, a new building by Meeking. The auditorium, now above street level, is in a single rake with open thrust stage.