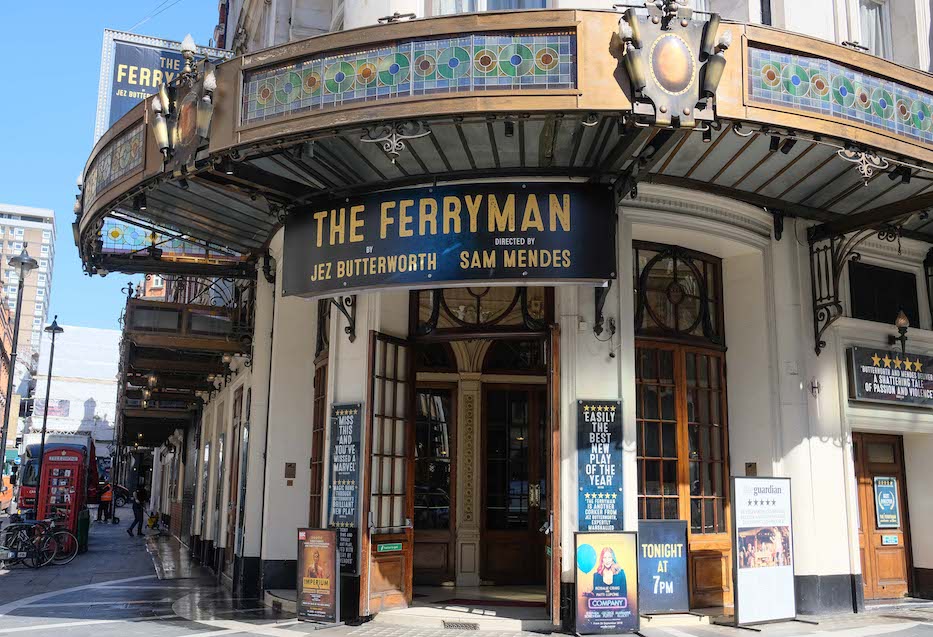 Forms part of an important group of theatres on the north side of Shaftesbury Avenue, all built as speculations on land released by the opening of this street in 1886. Designed with the Queen’s (1908) as part of a single architectural treatment embracing a whole block. The symmetry has since been lost by the reconstruction of the Queen’s frontage. The façade is of Portland Stone in a robust Edwardian Baroque manner. Two bays to Shaftesbury Avenue, three to slightly recessed corner quadrant and three to Rupert Street. Four storeys, with an iron canopy on ornamental brackets over the entrances. Above this, cornice hoods to the windows, oeil-de-boeuf at third floor and crowning cornice and balustrade. The corner is more grandly treated, with a giant Ionic order of attached columns rising through second and third floors. Short buttressed corner tower with a stone dome.

The auditorium is in characteristically restrained Sprague manner, in Louis XVI style. Two balconies, the upper one describing two thirds of a circle, following the line of the circular ceiling, which is shallow-domed with an outer band divided into panels with musical trophies. The lower balcony (dress circle) is elliptical on plan. The side walls are concave, but not struck from the same centre as the ceiling. The walls at each upper level are enriched with pairs of Ionic columns, carrying an entablature with crowning urns. The entablature continues over the square-headed proscenium opening, which is framed by boxes in two tiers, set between Corinthian pilasters. Allegorical cartouche over centre of proscenium. The Grand Saloon with balconied bar repeats the paired Ionic columned treatment of the auditorium. A most impressive interior, but Sprague’s tasteful designs are easily undermined by lifeless decoration (unlike Matcham’s architectural fireworks, which can survive all kinds of indignities). The Gielgud is also as instructive an example as can be seen anywhere of the effects of uncontrolled front of house lighting installations. It would be more than an act of piety to remove all the junk & restore Sprague’s original decorative scheme. Some original substage wooden machinery, including grave and four-post traps.